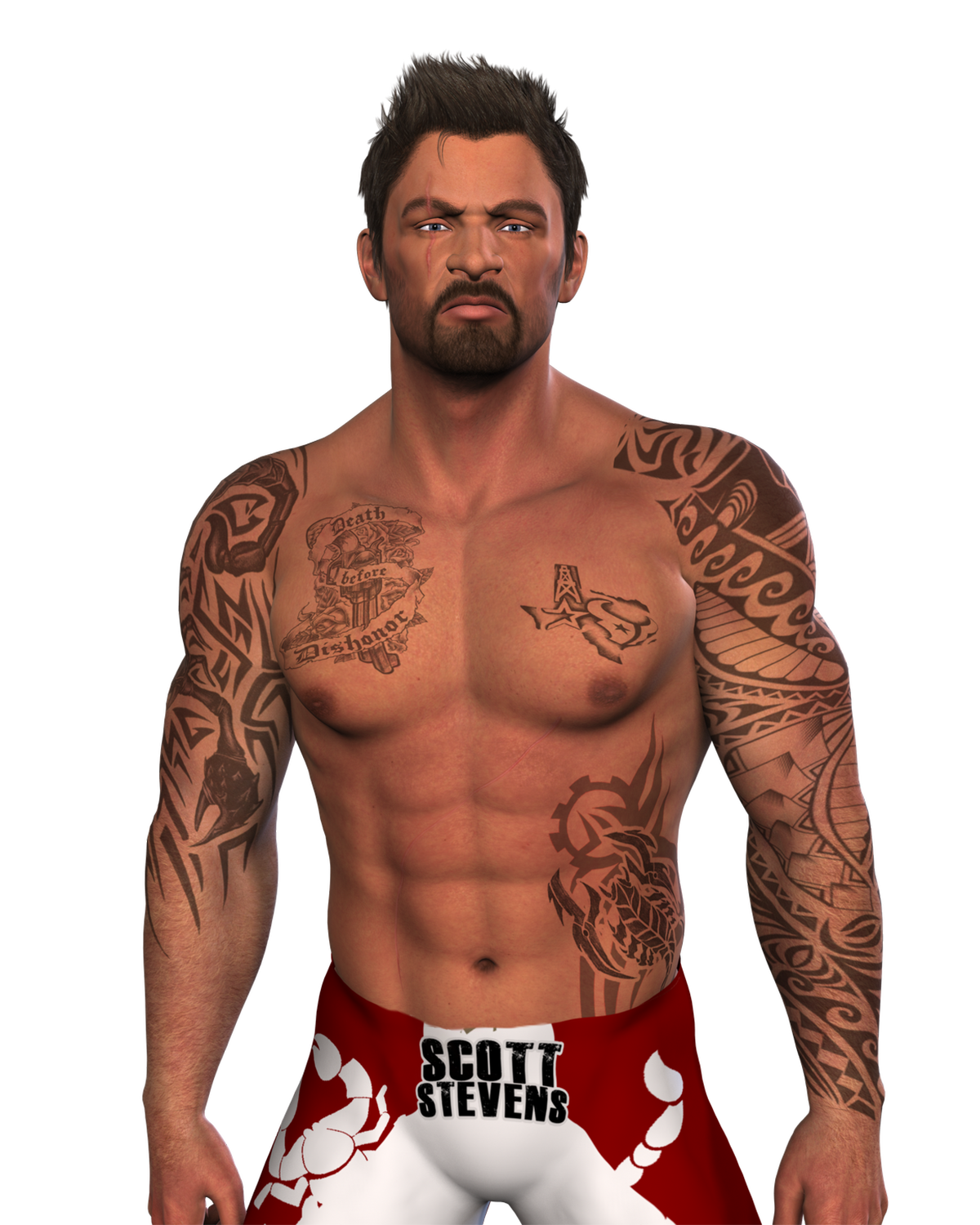 The lights in the arena go black as a synthesized hymn begins to play as the High Octane Vision comes to  life. The hymn continues as the screen begins to show the Best Arena transformed into a style of a church and the screen slowly flashes the words.....WELCOME.....TO.....THE .....HOUSE......OF....BEST as Lee Best's infamous blood shot eyes hover above the top. The lights in the arena begin to come on in a shade of 97 Red as smoke and fog begin to fill the stage area as well. The sound of glass breaking is heard as the screen shows a crack over the mural of the Best Arena and Lee Best's eyes as "O Fortuna Excalibur Remix" by Apotheosis begins. Lights above the ring shine down to create a 97 Red WWLBD. The stage flashes with alternating red and white lights as Scott Stevens makes his way out onto the stage. Bryan McVay: Introducing! From The Great State of Texas, he is the "Demi-God of HOW!" SCOTT! STEEEEEEEVEEEEEEEENS! Stevens' 97 Red circular sunglasses glisten in the light and his devilish grin plasters his face. Scott drinks in his own hype as he lifts his right arm and points to the heavens before he begins to slowly walk toward the ring. As he does so he sticks as close to the center of the ramp as possible to avoid being touched by the heathens that line the barricade. Scott climbs up onto the mat before he wipes his feet off on the edge of the ring, his smile never leaving his face. Moving towards the center of the ring, Scott bathed in the red lettering, lowers the hood of his jacket and lifts his arm high into the air as he is bathed in the sinister glow of 97 Red. The music dies as the house lights return signaling Scott to his corner to prepare for his match.

Diamond Cutter (All Variations) Spike Piledriver (Big Matches/Injury Spots only. If Stevens hits the piledriver NO ONE KICKS OUT)

Out of Nowhere & Kick to gut

The Toxic Sting can be hit out of nowhere. A kick to the stomach.

I Didn’t Know You Spoke For GOD

Cleaning Up Other People’s Messes

Every Story Has Two Sides

Your Place in the Hierarchy of HOW