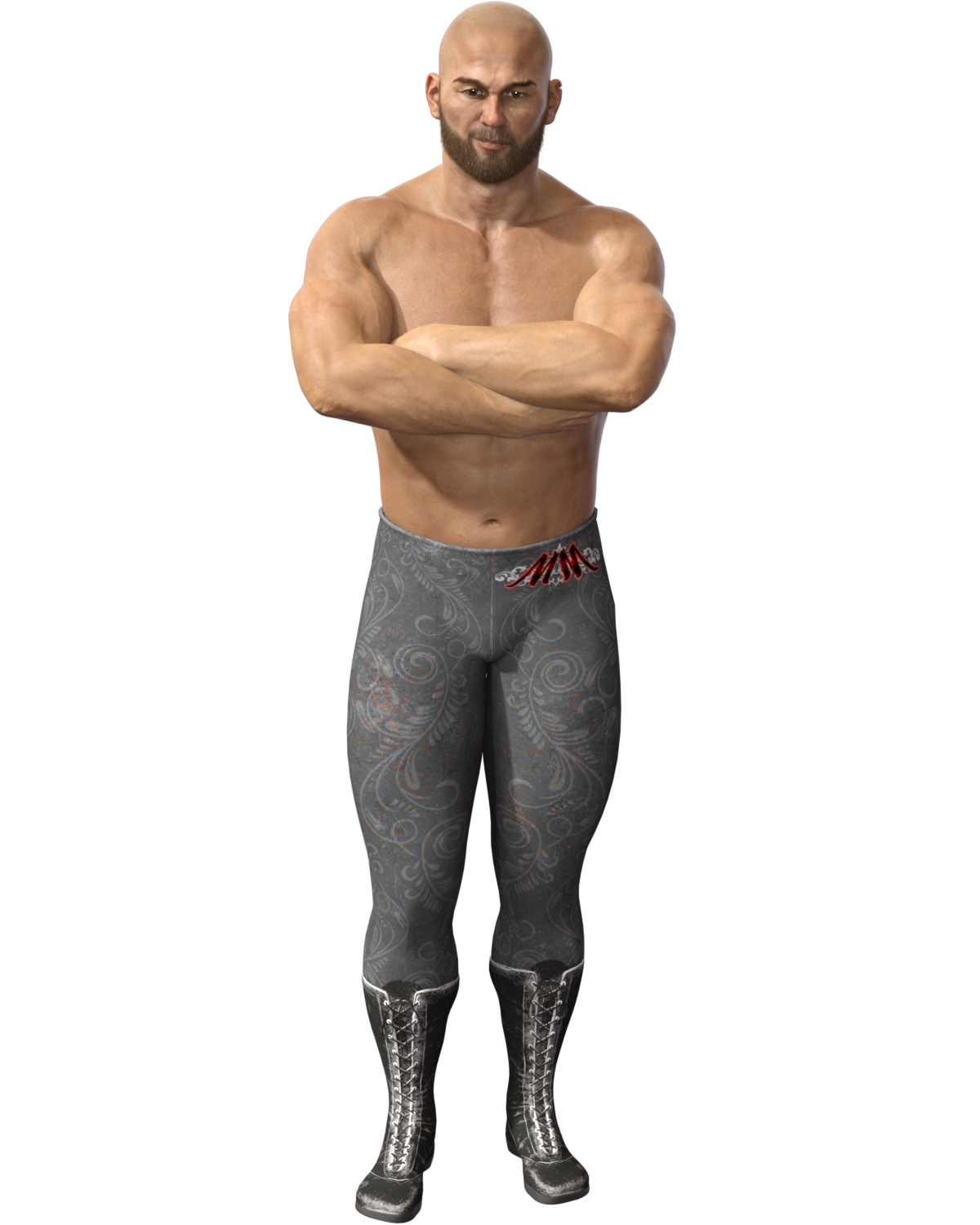 Finishing Move It's a Harricle

“Take the Money and Run,” By The Steve Miller Man starts to play and the curtain flies open. Steve Harrison walks out with his arms in the air, a smirk across his face. He begins walking towards the rings and begins waving at that crowd who return his waves with boos and indifference. The smirk begins to fade after hearing the response so the Miracle Man begins jawing back at some of the audience and pointing to himself yelling over and over “ME, ME, ME!.” Steve walks faster to the ring his smirk now a scowl, he enters the rings and leans against one of the turnbuckles and begins talking to himself, his face becoming red in anger.

Knee Trigger to the back of the neck.

He does not enjoy getting high off the floor.  No top rope moves and if he tries, he freezes.

Have You Heard of Cancer Jiles?