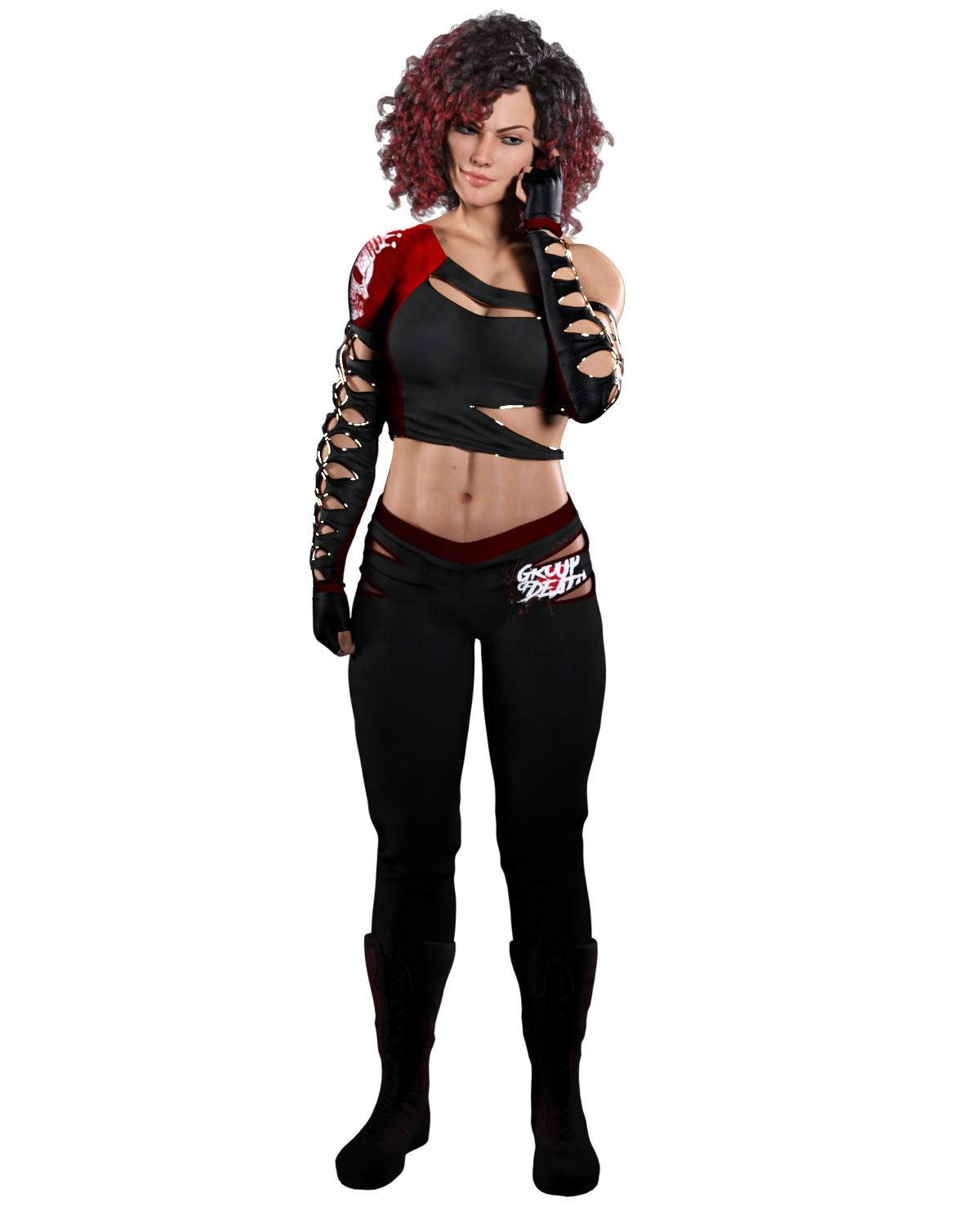 Character Background: Lindsay Troy is the benchmark for female fighters in professional wrestling, the one all women are measured against. She’s put the time in (martial arts training long before it was the cool thing to have in your skillset, plus over two decades of professional experience and exposure), works hard, takes what she wants, and makes no apologies for any of it. Suffering fools gladly is not something you’ll ever see her do. Troy is cunning, quick-witted, sarcastic, and perceptive – traits which have served her well on both sides of wrestling alignments – but she is also loyal, honest, quick to call bullshit, and the first to throw down if a friend is in trouble. If she counts you worthy enough to be in her inner circle, you’ll have a friend and an ally for life. Wind up on her radar or piss her off and you’ll find yourself cut at the knees and neck before you have a chance to wonder what hit you.

The ominous, opening chords to "Put 'Em in the Grave" by Jedi Mind Tricks blasts through the speakers as a raucous ovation from the High Octane Faithful heralds the Queen of the Ring to the stage. Once the first verse kicks in, Lindsay Troy strolls out amidst a shower of pyro and cannon blasts, but doesn't pause to preen or rile up the crowd. Instead, she marches down the ramp to the ring, blowing right by the camera in the aisle, looking focused. Spotlights follow her path as she makes her way up the steps, foregoing her usual jump to the apron and flip into the ring. She slips between the ropes, and saunters over to a corner to scale the turnbuckles and pose a bit before the match begins.

Home for the Holidays