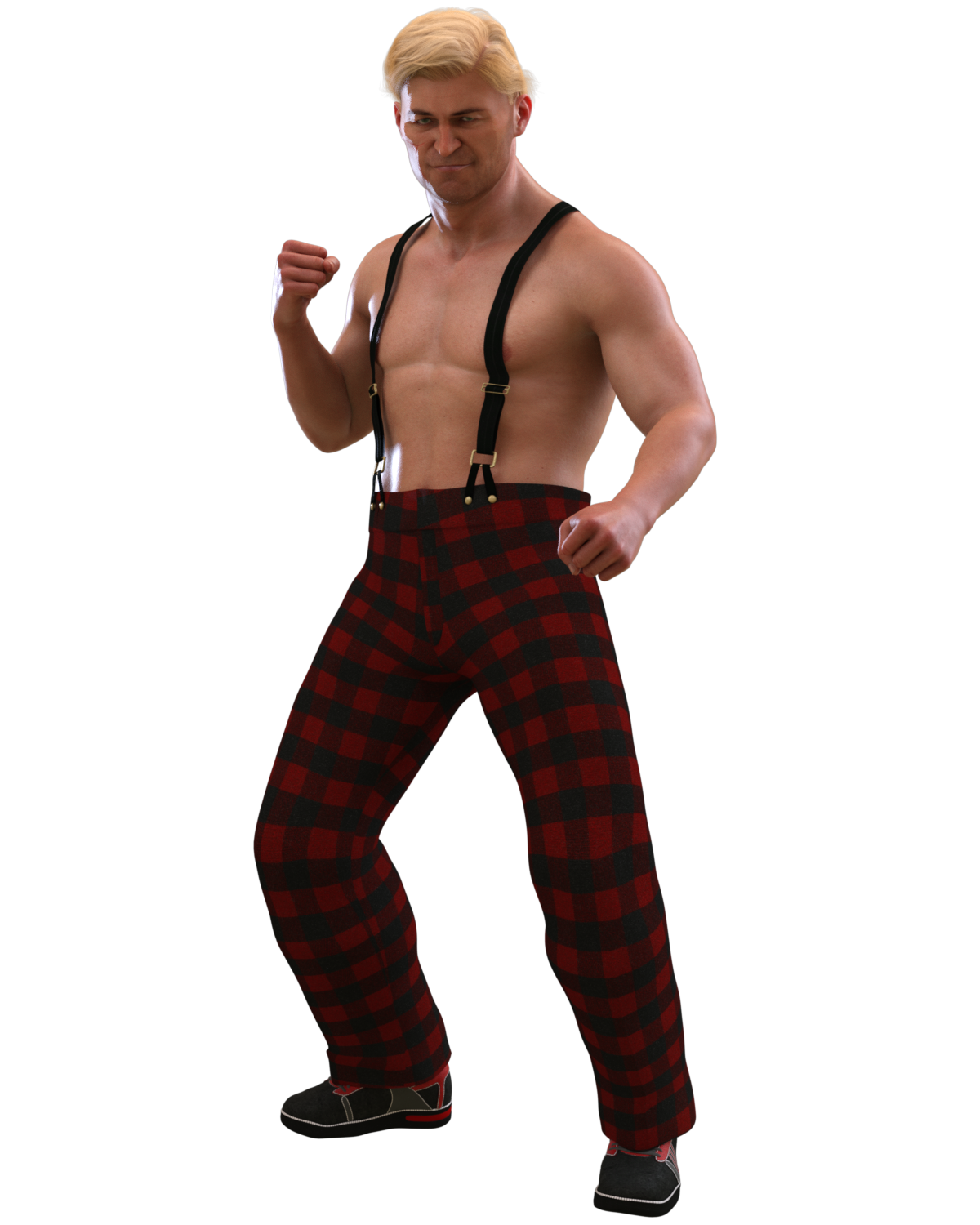 Theme Music “Everybody Wants You” by Billy Squier

Strategy:  Jatt Starr will often target the knees and neck of his opponents when he is in control.  When he feels he is in danger of losing, he becomes desperate and scrappy willing to anything….ANYTHING…..to regain the advantage.

The Egg Bandits (with Sektor)

Hollywood/Mathews (with Sektor) for the HOW Tag Team Championships

War Games* (while eliminated, Jatt Starr was still on the winning team, therefore, it’s a “W”)

The lights go out and one by one yellow spotlights illuminate the ramp from the ring to the curtain.  “Everybody Wants You” by Billy Squier blares across the arena and emerging from the curtain is Jatt Starr, sporting his red and black plaid suit (no dress shirt).  He doesn’t walk down the ramp as much as he struts down the ramp flanked by the Wabid Wabbit and Anton the Fourth.   Jatt Starr removes his suit jacket and carefully folds it before handing it to the Wabid Wabbit.  The ring becomes illuminated in yellow light.  Jatt Starr walks up the ring steps to the apron where Anton opens the top and middle ropes and the Ruler of Jattlantis enters.   The Sultan of SeaJattle stands in the middle of the ring, all of the other lights go out save for one yellow spotlight in the middle of the ring where he stands, soaking in the cheers and jeers from the audience.  The spotlight fades the house lights come up and Jatt Starr heads towards corner and leans nonchalantly on the turnbuckle waiting for the match to begin.

FALLING STAR - Unprettier/Killswitch   STARRLITE EXPRESS - Spear (can be used as a quick, sudden finisher or as a momentum changer in a match)

JATTACLYSM - Jatt’s Submission Finisher - A modified Texas Cloverleaf where Jatt places a knee on the back of his opponent’s neck.

Sympathy for the Devil

“I’m a Bee with a Deadly Sting”

California Sucks! (That is not a new Smoothie place)