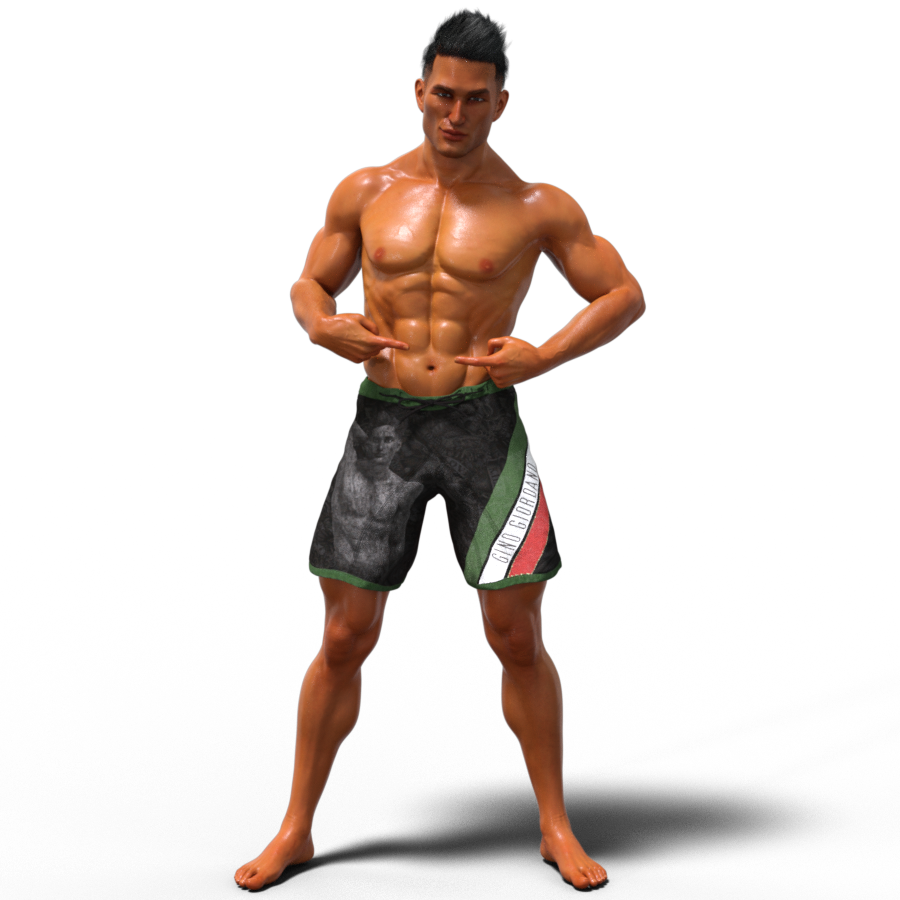 DRINKS UP HIGH EVERY TIME I HIT THE PARTY "Hey" by Lil' Jon (ft. 3OH!3) begins to blast over the speakers, as strobes turn the arena into the after-hours spot and bring the fans to their feet. Gino "The G-Train" Giordano makes his way out from behind the curtain, jumping in time to the banging beat with his hand in the air, dancing along. Gino stops at the top of the ramp, pointing confidently at his abs before raising one arm like a train whistle-- the crowd collectively joins him in a resounding "CHOO CHOOOO!" before he points out at the crowd and begins to make his way down the ramp. As he reaches the apron, Gino rolls sideways under the ropes and pops up quickly to his feet in the ring. He ascends the second turnbuckle, slowly taking his sunglasses off and staring out at the crowd as he continues to fist pump along to the beat. Eventually, the G-Train climbs down and takes his corner, kissing two fingers and using them to say a small prayer as he gets ready to begin the contest.

Gino slowly pumps his fist as the crowd yells "CHOO CHOO". Once the opponent is on shaky legs, Giordano spins around and lands a brutal discus lariat. (https://www.youtube.com/watch?v=0JAptFiLAVE&ab_channel=Punk3d0ut)

A standard kimura lock. Can be done standing, by applying the kimura from standing and rolling the opponent to the mat, or from the ground.