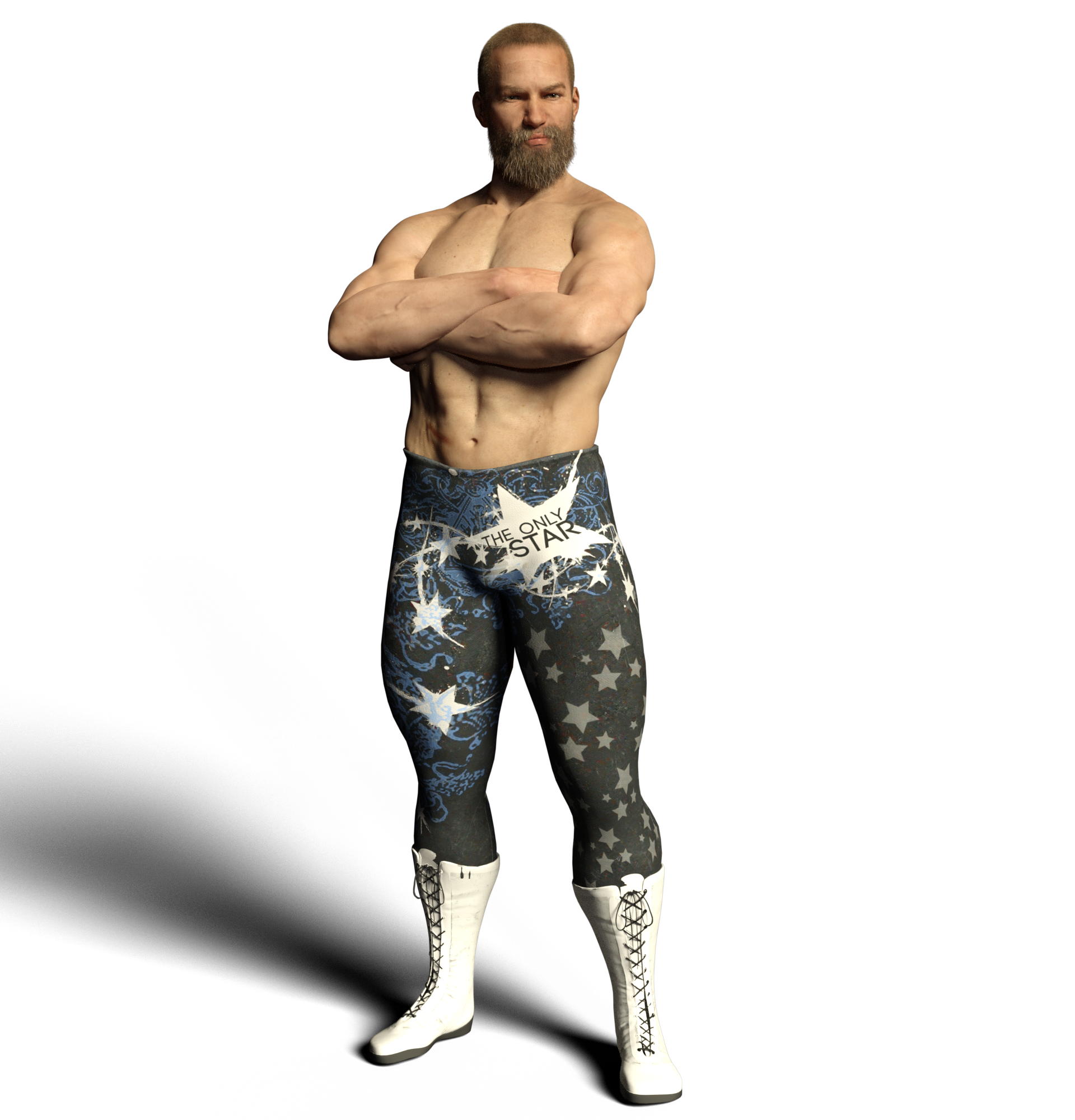 Theme Music "The One You Love to Hate" by Halford

Additional Finishers:
Starbreaker Knee – Shinsuke Nakamura’s Boma-Ye Knee Strike. And I don’t mean that watered down Kinsasha bullshit either, I mean a full on running knee to the fuckin’ head. It comes from the front, the back, the side, where-the-fuck-ever it needs to come from, and it’s goddamned deadly. This is not a false-finish transition move, it is a murder weapon. This is the move that Mike Best famously “stole and modified” into his own I Kneed a Hero finish.

Stardriver II – El Generico’s Turnbuckle Brainbuster. This is a MurderDeathKill finisher and has only been used twice ever, and it has never been kicked out of. This move should only be used as an absolute last resort and if applied correctly is likely to cause serious injury to whomever takes it.

Wrestling Style:
Dane wrestles a style of his own design that he calls “Frustration Heel,” wherein he uses his grappling knowledge and ability to cheat without getting caught to frustrate opponents into making stupid mistakes. Understand that this means he will lean on a guy, he’ll rake eyes, thumb eyes, bite noses, try to break fingers, use the ropes for leverage even if he doesn’t need to, pull tights, pull hair, rake the back, fishhook the cheek, if there is a shortcut to be taken Eric Dane knows sixteen ways to take it. Don’t get it twisted, either, it’s not about having to cheat to win, it’s about knowing how to gain the advantage. And don’t take any of that to mean that Eric has forgotten how to wrestle. He’s versed in King’s Road, Strong Style, Catch Style, and various other niche styles from his travels across the world. However, as he’s gotten older he’s taken to more of a violent brawling style rather than the technical genius he has been known for in the past because to be frank it’s easier on his old bones.

Strengths:
1.) Experience – He’s been to as many places across the globe as anybody else, and he’s succeeding in the vast majority of them. He’s seen stars come and go, he’s had a hand in making stars into legends, and he’s put legends in the hospital and out of the game. In 25 years he really has seen it all.

2.) Durability – Surprisingly, despite several major and supposedly career-ending injuries, The Only Star has always managed to find a way to bounce back. He’s had neck-fusion surgery and returned, he’s had bad knees since the nineties, hell at one point he was told he’d never walk again because of how bad his right knee had been mangled. He’s managed to come back from everything though, time and again, and strangely enough he’s not even wearing the infamous adamantium knee brace anymore that used to be a staple of his knee-based offense.

3.) Brutality – Eric Dane is not above going well beyond the limits of good taste and sportsmanship to either get himself an advantage or get the job done. There have been many a night where The Only Star was involved in the most violent, bloody matches on the card. He has a reputation for going completely overboard if it means getting what he wants either inside or outside of the ring.

4.) Manipulator – Eric has an innate knack for getting people to either do his bidding for him outright, or find a way to make sure that his goals align with others so that he can use them as a means to an end. Ask pretty much anyone he’s ever teamed with and they will tell you that Eric Dane can and will get you to do what’s best for Eric Dane, sometimes even to the detriment of your own well-being.

Weaknesses:
1.) Age – At nearly 49 years old it doesn’t matter how durable he’s been in the past, he’s legitimately getting old. The body breaks down, the gas tank shrinks, it’s nature, and in the business of beating people up it is inevitable.

2.) Reputation – Eric Dane is not what you’d really call a people person. That is to say, he often doesn’t get along with anyone, even so-called friends, and he has the reputation of a man who’s turned on everyone who’s ever trusted him and walked away from a lot of situations once he decided it was no longer salvageable. It has been said on more than one occasion that Eric Dane is in the business of Eric Dane, and nothing or nobody has ever been able to change that.

3.) Mental Health – Eric has shown repeatedly over the years that he has what’s known as an addictive personality. He’s had addictions to gambling, whoring, narcotics, alcohol, and even self-sabotage, and he’s usually not the best at being aware of the situation. He’s abused the medicines prescribed to help him on multiple occasions and out right succumbed to his base tendencies more times than is healthy for anybody. Recently he’s taken to meditation to keep himself under control, but the jury is out on how well that’s working.

4.) Walking Away – Eric Dane has a lot of “fuck it” in him. Too much. He’s made an olympic sport out of taking his ball and going home. Some of this is due to the aforementioned mental health issues that he’s faced, and some of it due to his own abject stubbornness. Either way it has added to his reputation and become almost a meme among certain circles in the business.

The opening riffs of "The One You Love to Hate" tears through the sound system and before anything can be done about it Rob Halford's voice tears through the building like fingernails down a chalkboard. Silver and blue laser lights strobe together to form swirling stars up and down the entrance ramp as a single pyrotechnic explosion of silver magnesium heralds the arrival of The Only Star. Dane steps out of the curtain to an odd reception, his eyes hidden behind sunglasses and his shoulders covered in leather. He makes his way down toward the ring and smirks at the somewhat hostile reaction from the High Octane crowd before walking around ringside, climbing the steps, wiping his feat on the apron and stepping through the ropes.

Kick to the Gut

That, or pretty much anything that puts the opponent in the position to be manhandled into a front face-lock.