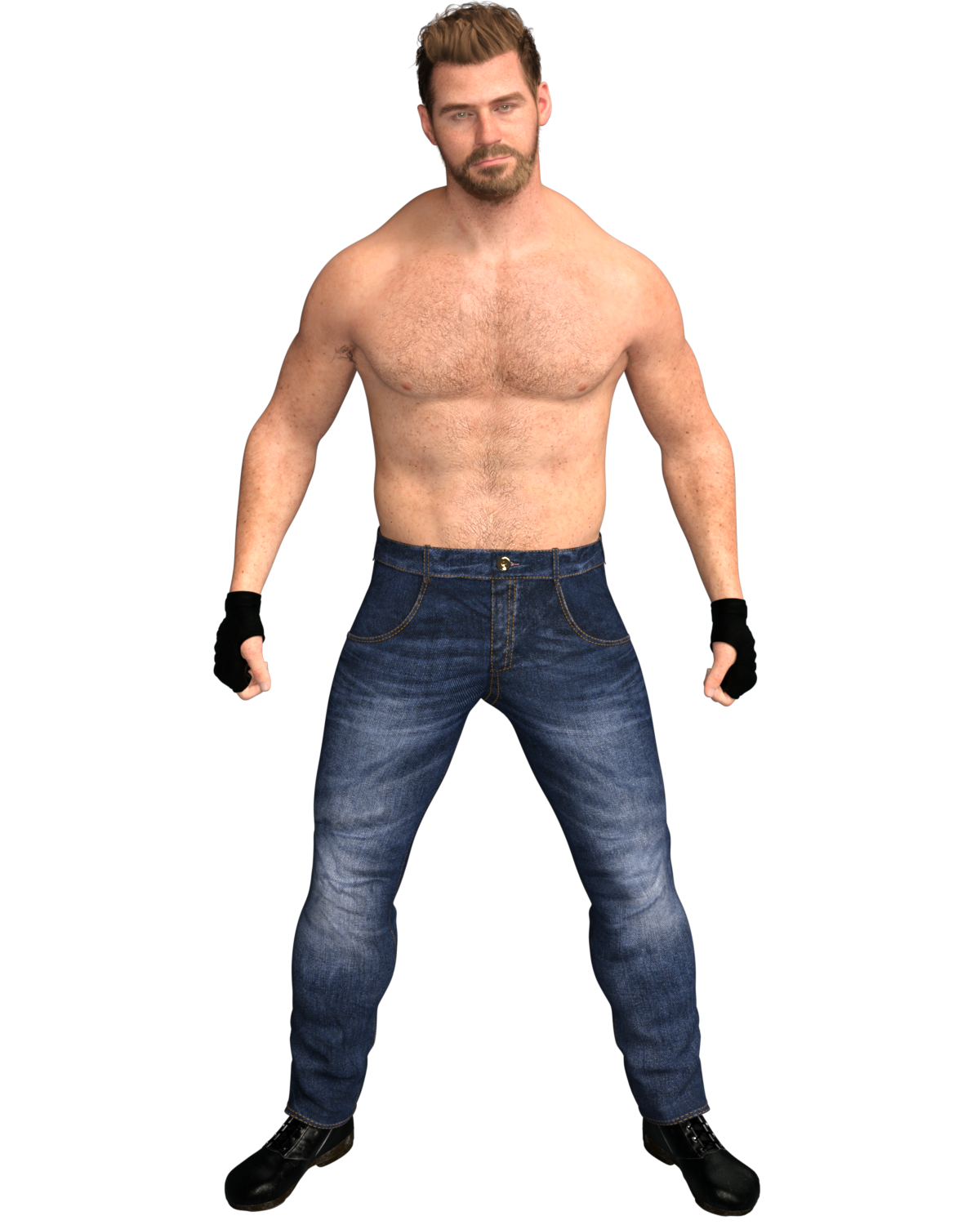 David Noble has returned to active wrestling after a six year absence.

The opening of ‘Heaven and Hell’ by 20th Century Steel Band rips through the arena, just mixed a bit differently. Children growing, women producing Men go work and some go stealing Everyone’s got to make a living Then the beat from Heaven and Hell by Kanye West takes over as the HOTv starts to produce a bit of static before showing an outline of a name drawn across the width of it. It simply says: DAVID NOBLE At the mere sight of his name, the arena erupts. RAAAAAAAAAAAAAAAAAAAAAAAAAAAAAAH  As Heaven and Hell continues to play through the WrestlePlex, a figure emerges, being lifted through the stage and to the center of the stage.  At the sight of Noble, the arena comes unhinged. RAAAAAAAAAAAAAAAAAAAAAAAAAAAAAAH  David stands there, his eyes peering out at the crowd around him as he can feel the energy from every single fan in the arena. No more promos, no more photos No more logos, no more chokeholds We on Bezos, we get payrolls Trips to Lagos, connect like LEGOs Noble stands there, lowering his head, and letting the adrenaline course through his body.  Make this final, make this, my eyes closed Burn false idols, Jesus’ disciples I can feel your pain now, I done bled my vein out New level the game now, simulation changed David begins to make his way down the ramp, his dark brown hair flowing past his shoulders as he wears a white t-shirt with a black leather jacket over it and a pair of blue jeans. There’s an intensity to David as he walks down the ramp, each step measured and steady as his eyes stare straight ahead. No more problems, no more argue No more askin’, “Who really are you?” I know the real you, you know we feel you You know He hears you, you know we with you Noble reaches the end of the ramp and stands there for a brief second, the fans yelling and chanting at his return before he turns to the left and makes his way to the steel steps, slowly climbing them as the music continues to roar through the arena. Straight from Beirut, Chicago, Beirut You cray? We cray too You pray? We pray too Never too late for Him to save you Noble then stops at the top ring step. This your movie, ‘cause no one can play you Devil, lay down, Devil, lay down David raises his arms as the words echo throughout the arena, moving his fingers like he wants more from the fans, which only intensifies the cheering from the crowd.  This that level, make devils pay now As the words explode through the speakers, Noble slams his hands together, causing an eruption of fireworks around the arena and the lights to fully come on.  BOOM! David then steps onto the ring apron and into the ring itself. Hold up, no peace, hold up, police Don’t call police, just stay focused (is on Earth) Pray for new life, pray for new breath Hey, Lord, make sure it’s safe for who’s left (Heaven and Hell) He moves around the ring, looking out at the fans, slamming his right fist against his chest as he yells back at the fans, the adrenaline coursing through his veins. Know you can’t find a place to rest Know the Lord my bulletproof vest (is on Earth) When we survive, know that we blessed Save my people though the music Then the music dies down as David Noble stands in the center of the ring.  *NO-BLE!* *NO-BLE!* *NO-BLE!*

INTERMISSION II: THE ROAD NOT TAKEN (PART I)

INTERLUDE II: ON THE PRECIPICE

INTERLUDE I: CLIMBING THE MOUNTAIN