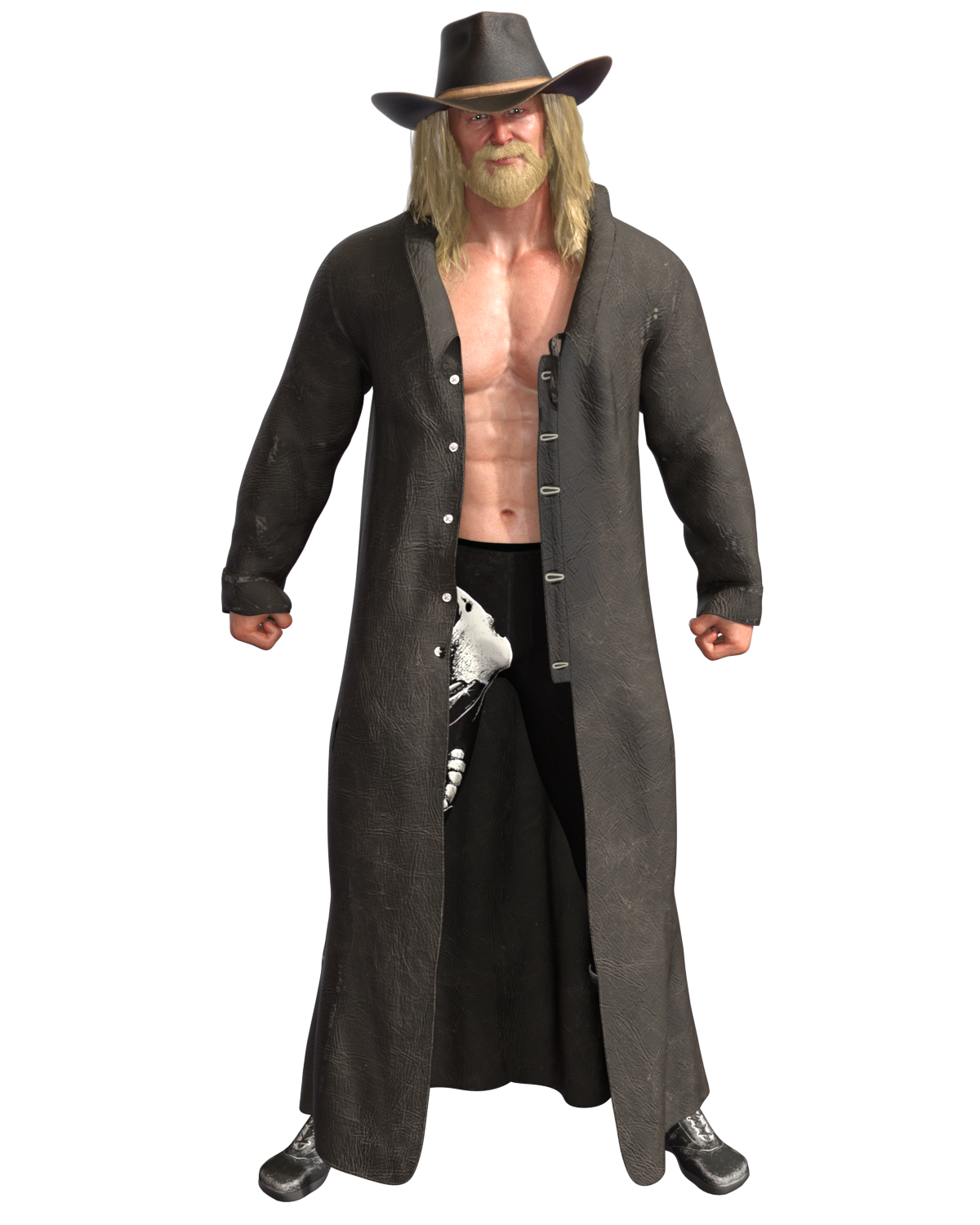 Theme Music Gunning For You by Nick Nolan

Clayton Byrd grew up watching his father finish out the territory days of his wrestling career. His father was a huge name in the Texas Wrestling scene. Clay’s entire life he was being prepared for athletic competition at his fathers ranch, building a lot of natural strength from chores and projects around the ranch.

Clay was a gifted athlete as a child and a teenager. Clay was a highly recruited defensive tackle for the University of Texas. In Spring practice his Sophomore year Clay blew his left knee out, and he experienced many complications during the rehabilitation process. Clay went on to play a small bit role during his junior and senior seasons.

Clay then went home, NFL prospects trashed from his knee, and asked his father to train him to be a professional wrestler. The older Byrd trained Clay the “old fashioned way.” No fancy performance centers, just a ring set up in a barn, where the two of them spent months and years working to build Clay up. During this time Clay competed in small town independent promotions around Texas, looking for a break to begin making some real money.

Clay was finally scouted by a Japanese promotion, and brought in. Not as a full time worker, but to train even more in their academy. Clay was a quick learner, and with in a year was out in front of fans all over Japan. The Japanese took to “Big Tex” in a similar fashion that they took to other big gaijin foreigners like Stan Hansen and Bruiser Brody.

Clay stayed in Japan, taking a full-time role. Knowing that a giant Texan wasn’t very marketable in the States, but in Japan Clay Byrd might of been the biggest person they’ve ever seen. Clay continued to wrestle in Japan for 12 years. “Big Texas” Robert Byrd’s health has finally begun to degrade, and Clay has made his way back home to take care of the family ranch, and to assume his rightful place in American wrestling.

Clay joined the Extreme Wrestling Corporation in 2018, becoming a household name and an EWC superstar. Looking to expand his dominance, Clay has decided to venture out and bring his breed of brawling to more promotions.

Guitar and harmonica begin to blare through the arena, the start of  "Gunning For You" by Nick Nolan sends a silence across the crowd as Nick Nolan's lyrics echo through the arena. Red letters slash across the screen as "BYRD" is spelled out. Clay appears through fog on the entrance ramp, cowboy hat low over his eyes, a long black duster on and a rope in his hand. My Gun is loaded it's getting time Two shots of whiskey i'm takin' what's mine Ain't what you're sayin it's what you do Your time has come boy i'm Gunnin for You When hell is rainin down you'll see my face won't heara sound You'll feel that bullet burnin through Take your last breath boy I'm Gunnin for You Clay begins his slow walk down the ramp. His eyes are fixed on the ring, and he trudges on. Not paying any notice to any of the fans in attendance.  There's desperation deep in your eyes No turnin back now no compromise Cause only one of us walks out that door The other bleedin out on the floor Clay walks up the steps, and climbs into the ring.

Clay comes off the ropes with his opponent kneeling or sitting. He swings as if he's trying to decapitate his opponent, as hard as the behemoth of a man can swing.

The thing in the dark.

Get The Fuck Out