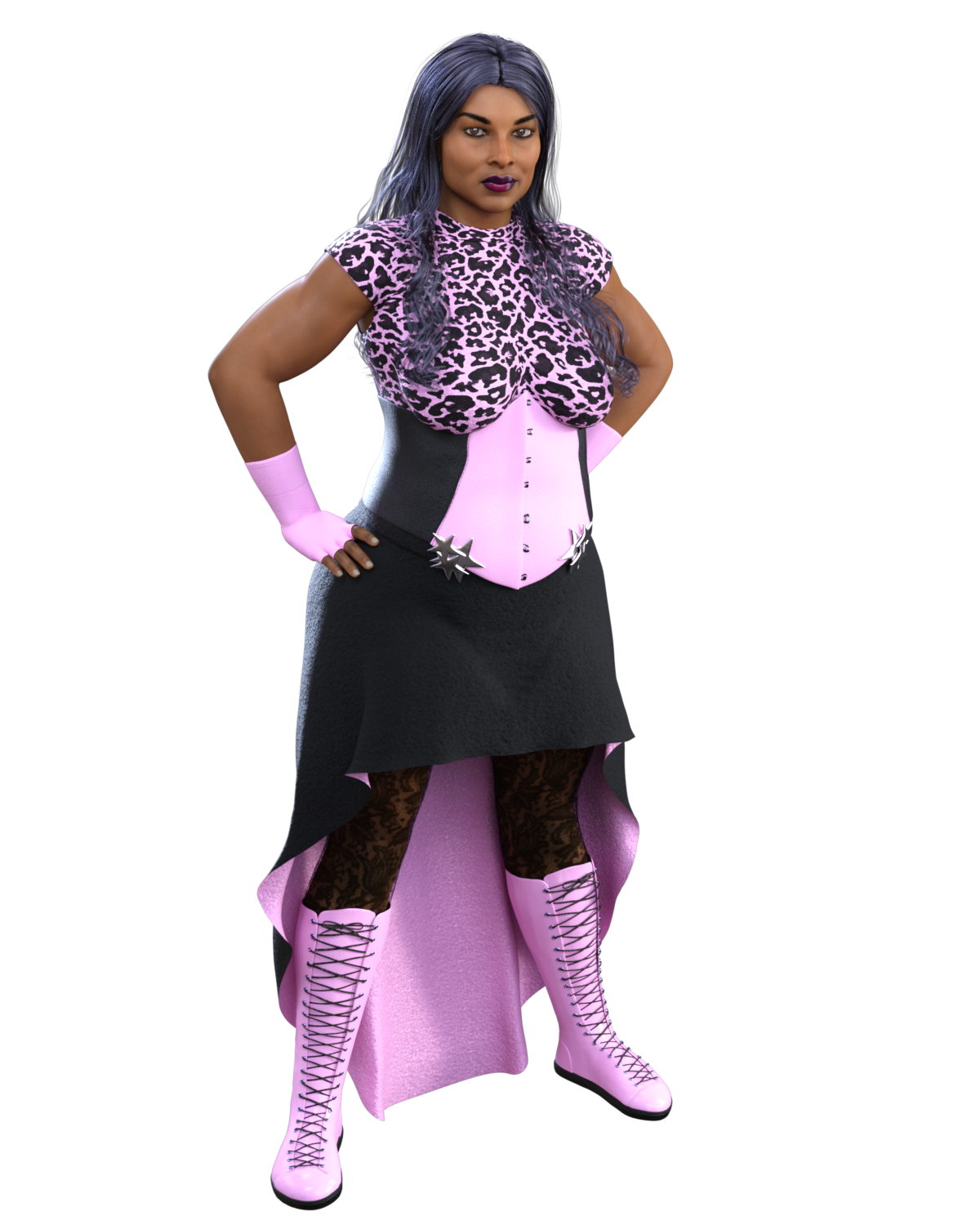 “Tell you you’re the greatest

but once you turn they hate us!”

A magenta spot light it’s entrance as the Queen of Epicness herself is already standing there waiting for the light. Bobbinette Carey makes her way down the ramp. Wearing a miss America style crown. She stands at the top of the ramp with her pink and black leopard gear.

“Oh the misery everybody wants to be my enemy!”

The HOV plays a black and white video package. (We see the clip of her smashing a photo over Mario Maurako; another clip of her hitting Mario with the defib pads, then the most striking image of Bobbinette standing over Scottywood and slapping him.)

She steps up the ring steps and wipes her feet on the apron before getting in the center of the ring.

“Spare the sympathy, everybody wants to be my enemy, but I’m ready”

In the center of the ring once the opponent is down she runs the ropes jumping over them and hitting them with this for the finish.

At the end of the match the already tired opponent is whipped off the ropes and given a lariat.

I don’t try to make it about me.