Chaos or Choas? Who cares… 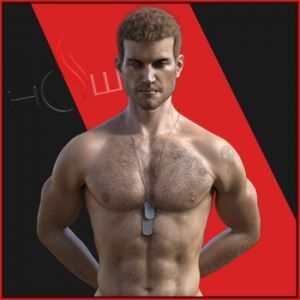 “God damnit!” yells one of the nurses.

Doctors and nurses try their best to restrain a raging Brenton Cross in a hospital bed. He is covered in his own blood, shooting out his nose, out his mouth, ears, and even eyes.

“Tie him down!” instructs a doctor.

They do their best, every muscle in Brenton’s body is uncontrollably flexed, every vein pulsing through his skin as he grinds his teeth.

“He’s going into an arrest!”

In and out of actual consciousness, in between every seizure, his brain would click on like a motherboard stuck in a loop. He’d wake up to agonizing pain, but was almost calm internally to it. He had felt this kind of pain before.

“We’re killing him!” yelled Brenton’s wife, “Shut it off!”

“No wait!” yelled the Commander as Brenton convulsed inside the machine.

It was almost as if he was expecting to de-atomize, and go back home. Where he belonged.

The true fact was… he was failing his mission. He started off strong, but when it really mattered, when he finally came across the key players, he couldn’t stand up. Maybe this was time fighting back, and there was no changing the future, no matter who was sent back to change it. Like everything was just meant to be. And what a horrible future that was. A future of chaos, deception, death. He had done all he could to stick to the timeline, complete each phase, but he was failing miserably. He could have altered the future of Max Kael. Lost. He could have ended the reign of Scott Woodson, cutting the head off from the start. Lost.

Now here he was, deteriorating from the affects of his travel. Miscarried fortune, they allowed him to play God, he accepted that responsibility, and now God was laying into him hard for it. For somebody who didn’t believe in him, he should now.

His vitals were steadily dropping as the doctors attempted to tie him to the restraints, his eyes began rolling into the back of his head.

Suddenly, everything…slowed….down. As if a gravity had shifted in a horizontal position, it became harder for everyone to move. Evert person in the room felt the weirdness of a warpedness, their bodies stretching in awkward positions like elastic bands. Then in a sudden moment, everything went back to normal, and then….

As if there was a one second earthquake, the room shook as if a bomb went off.

“What the hell was that?” asked one of the doctors.

They dropped the paddles onto Brenton’s chest.

He body jumped from the shock.

Once again they tried.

Brenton’s eyes opened for a brief moment, most likely from the electricity sending nerve shocks through every bit of his body. But as he closed his eyed, it was if he had opened them:

He saw his mother. How beautiful and good she was to him. She was an absolute saint, who would do anything for him. He looked around, his brothers were there too, and his father. He looked down to see a cake in front of him on the table with five candles lit on it.

“Make a wish, sweetheart”, said his mother, and he blew out the candles as the smoke blocked all his sight.

He rubbed his eyes, and when he opened them again, the first thing he saw was a facemask from his helmet.

A quarter back turned and slammed a football straight into Brenton’s gut, and Brenton took off, finding a hole through the linemen, juking a linebacker and sprinting until he reached the endzone. The crowd was cheering so loud, when he looked to the sideline to see a beautiful cheerleader smiling. She was the most beautiful thing he had ever seen. Even with his teammates jumping on his back and headbutting his helmet, he couldn’t take his eyes off of her.

“I’m going to marry that girl.”

Brenton turned his head and stood up straight as he stood in formation with a drill sergeant in his face. Brenton’s football uniform had turned into basic training gear.

“To do what you tell me, sir?!” Brenton responded.

“You stupid piece of shit, drop down and give me fifty!”

Brenton, dropped face down in the mud and began doing push ups. The drill sergeant got in his face.

“What I tell you doesn’t matter, Cross. You’re supposed to stick to the timeline, son, don’t you know that? Or we all die. WE ALL DIE!”

The drill sergeants facial features began drooping, and the skin literally melted off his face. Brenton stopped his pushups and sat back to watch the sergeants eyes boil, and the bones in his skull became visible. He looked around to see the same thing was happening to everyone else. He looked over his shoulder to see a giant mushroom cloud. He turned back and saw his wife.

“We all die, Brenton. Why couldn’t you have just stuck to the timeline?”, she started crying as her hair caught fire. “How could you not have done promo when facing Woodson? What were you doing? What were you thinking? We all die now!”

Then the shockwave from the bomb hit him and everything went black.

Brenton turned in the direction of the voice. In the distance was a small light, and Brenton ran towards it.

He ran as fast he could as it got brighter and brighter, then it became so bright, he couldn’t handle the quick transition was blackness to complete illumination. A figure finally came into focus.

“What is this place?”

“Shut up, son, and listen. We don’t have much time. You need to find your way back onto the timeline.”

“Ahhh bullshit, solider! What the fuck happened to all your training, son? All those years you were under command, when did I ever accept defeat? When have I ever told you to surrender or retreat?!”

“Damn right. We’ve faced the best of them, son. North Korea, China, Russia, sure we took some punches. We lost a couple of battles. You think ’cause you lost to Kael and Woodson that this is all over? Get your head right, kid! You’ve got Austin Reeves coming up, it’s your first step in winning the Lee Best Invitational! Wipe that blood off your face, gear up, and get your ass back into that battlefield like you’ve done a thousand times! God damn, Cross, Reeves is looking to step on you like a ladder rung, but he doesn’t know that you’ve sawed it in half. He thinks your a nobody who hasn’t been around long. What, you didn’t face the LSD Champion? He hasn’t done is damn homework, son… but you have! You know all these guys inside and out, you’ve trained for this mission, god dammit!”

“We all die, son. But today isn’t your day, you haven’t completed your mission yet, soldier. Now you go into that match tomorrow and wipe the fucking floor with Austin Reeves, show everyone your still in this thing, get back on the time, and win that fucking tournament. DO I MAKE MYSELF CLEAR?!”

“CLEAR! DO I MAKE MYSELF CLEAR!”

The electricity from the defibrillator hits Brenton again.

They hit him again and Brenton sits straight up breathing heavily, he seems completely conscious and with it.

“Welcome back, son.” says one of the doctors.