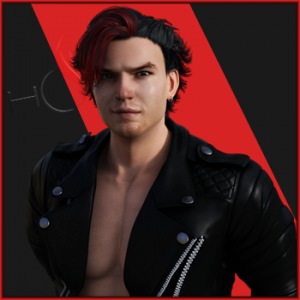 A small gathering of loved ones huddled together grimly on a cold, gray January morning. They were here to say goodbye, one last time, to their cherished friend, dedicated father and loving husband. With the final prayers finished the minister on duty stepped aside to allow the first speaker to address the mourners.

“Ladies and gentlemen we are gathered here today to honor the something near and dear to our hearts.” the familiar voice of Sutler Kael chimes in as he swaggers up to the podium wearing a black suit with a stoic look on his face. “..the dead career of DAN RYAN WHAT-WHAT!?”

The mourners all turn to look up at the miscreant who has hijacked the funeral of some smuck that doesn’t matter to this narrative.

“That’s right, Sutler Reynolds-Kael here to put the fun back in Funeral so how about some sick Dan Ryan slams to help you get over whatever ails ya! I was looking forward to seeing a video from Dan Ryan but all I got was a lousy 741 word blog where he, get this, tried to compare me to Mike Best or Darin Matthews while literally copying the Mike Best Blog style. I mean, come on Dan, I know the guy beat you but maybe don’t just copy a winning strategy if you can’t actually pull off the winning part. Long story short, as Dan Ryan put it, he’s trying to do better than expected.”

An elderly woman in a black dress and veil stands, her pruned face damp with tears.

“Young man my husband is dead, show some respect!”

Sutler looks taken aback for a moment, a look of genuine surprise and horror on his face.

“Oh I’m.. I’m so sorry, I thought this was a.. Like a set up or something, I didn’t think we’d actually crash an actual..funeral. Jesus Christ, what the fuck am I turning into?” Sutler’s eyes widen as he pats down his suit looking for something. Tearing his notebook from his breast pocket Sutler’s expression eases back into his smarmy self-importance. “A fucking Dan Ryan killer is what I’m turning into and if that K-Mart brand Nuke Nukem thinks he’s walking out of Refueled a winner well, his chances are about as good as this bitch’s husband of getting laid tonight, UP TOP!”

Sutler holds his hand out toward the grieving widow who only looks on in horror.

“No? It’s cool lady, my grand dad doesn’t like high fiving either on account of being blind. Doesn’t make it any funnier when he runs into shit, you know? You know. Anyway, go ahead and sit your boney old ass down, I got a lot more material to throw at you. For the better part of my life I’ve had people telling me that experience is everything, in the wrestling world or beyond, that experience is worth its weight in gold. I agree in part, I think the nature of the experience is paramount. Plenty of losers out there get experience by failing and failing again. That’s what Dan Ryan is, lots of experience but no great brag to show for it. The guy has managed to lose more titles in HOW then he’s earned. INCREDIBLE!”

Tutting into the microphone Sutler shakes his head while throwing on a pair of Dan Ryan shades.

“Outside of HOW Dan Ryan apparently had quite the run if you hear my Uncle Mike talk about it. Says he inspired him when he was young, well thank Grandpa he was an inspiration and not a mentor otherwise Mike Best would probably still be Mike P***** cutting shitty promos in places like DEFIANCE or whatever dirt leagues are out there. Getting that shitty kind of experience that leaves him valuable for only one thing in their old age, making new guys look good. So I hope Dan’s ready to lose cause the World is for the young, for the living, for those who have something better to work towards. Not living fossils still clamouring desperately to remember what glory is or laying in a coffin ready for the worms like this broad’s husband.”

Sutler pauses for a moment as he licks his finger before making a soft burning noise. The widow starts to bawl as other mourners try to console her.

“That’s my cue to wrap this up, Rest in Peace Dan Ryan’s Career. And if we’re lucky we’ll never have to read another shitty blog from him again. Sutler.. OOOOoooOOOUT!”