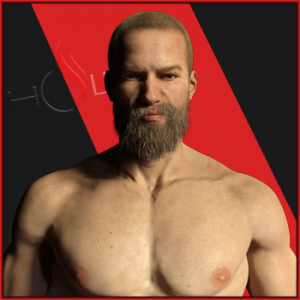 Frank Dylan James hadn’t flown commercial (or any other way) since before Covid19 shut the entire world down. He’d long since taken to driving his old Bronco to and from every booking after the fiasco that was his last International flight home from a tour of Japan.

That story, sadly, is still gridlocked behind several layers of Non-Disclosure Agreements and other legal mumbo-jumbo that Frank couldn’t care less about understanding. Besides, it was much easier getting his still from one market to the next packed up in the back of the truck than it ever was to pack that shit up and lug it through an airport.

Frank had never been known for his delicate negotiation tactics. As such, he’d never had a transportation clause put into a contract before. The funny thing about working for Lee Best is that if he likes you (re: if you tow the #97red line) he makes sure that you’re taken care of. Travel. Food. Lodging. Accommodation. Transportation.

It’s like there’s a reason why for two-plus decades he’s had a steady influx of new and improved hitmen, henchmen, and mini-bosses to throw in front of whoever had most recently bitten the hand.

You can ask Clay Byrd about both sides of that equation.

So anyway, after agreeing to the offer that Lee Best had put in front of him, Frank decided that for once in his life he would take the easy route that was offered. He shoved his deconstructed rig into a giant crate and checked it and bebopped his way barefoot across the terminal on the way to his gate for a taste of the first-class accommodations that come with the decision to live his Best life.

And all was right in Frank’s world.

As it were, Frank wasn’t exactly subtle in his mannerisms. The effect that a nearly 7ft tall hillbilly with no shoes on walking through a jam-packed International Airport could be classified in a lot of ways, but the word for today is shenanigans. A bunch of kids, absolutely enamored at the site of a real-life by-god professional wrestler, had been weaving in and around Frank since he’d left the luggage counter.

The big guy knew he stuck out like a sore thumb, and he knew that the gawkers had always and would always find a will and a way to gawk at him. But these kids…

Frank Dylan James has never liked kids, not even when he was one.

“GYATdamn ankle-bitin’ little bastards,” Frank mumbles to nobody. The gaggle of unsupervised pre-teens darts in front of him, no doubt plotting for a way to ask the Hillbilly Jesus for an autograph or a picture or for a fuckin’ piggyback ride for all Frank knows. “Snot-nosed little brat bastards runnin’ ‘round here like they own the damn place…”

Rabid anxiety and barely controlled rage waft off of the Appalachian Nightmare in waves as he draws on every little bit of self-control that he has access to in order to keep from committing a felony on one of these kids right here in front of God, the TSA, and every Florida Man idiot and tourist jam-packing this airport this early in the morning.

Somewhere way back deep behind the beard, in the cockles of Frank’s soul, he’s seriously lamenting not drinking himself into oblivion this morning instead of having a dozen-egg blackeye pea omelet and showing up to this God-forsaken hive of flying death-tubes and mouth-breathing city folk and their ill-begotten little rugrats not just on time, but TWO FUCKING HOURS EARLY.

The Barefoot Brawler, as always completely lacking in the shoe department, reaches out and grabs one of the kids by the nape of the neck and lifts him up high enough that the kid nearly chokes on Frank’s breath.

The kid freaks out a little.

Frank snorts and then smiles his broken-toothed grin.

The kid, realizing that his friends have abandoned him completely, freaks out a lot.

Frank’s bushy brows furrow a bit before he decides to shake the kid a little.

Just a little. You know. For emphasis.

Let us not forget that this is all going on in the middle of a packed airport terminal. Let it sink in that a damn near 7ft tall hulking hillbilly in overalls with bare feet has grabbed a child, lifted him up like a ragdoll, and has now commenced to shaking him like one.

Ol’ Frank came here to do a daggum job, an’ that job is beatin’ the shit out of Clay Byrd.

Over and over again, ‘till his brains leak out his ear holes.

Reckon I don’t really give two shits or a hillbilly fuck about no travelin’ TV Titles or even bein’ the Heavyweight Champeen of Travelin’ TV sets. KNOW WHAT I MEAN?

Naw. Reckon you don’t. Y’alls a buncha slack-jawed sum’bitches like that.

So like I said, I ain’t come here beggin’ ol’ Lee Best for no title shots, but HERE WE IS! Right out that GYATdamn gate I get lined up head to big-ass head with Great Scott fer that Phoenix Rasslin’ TV Dinner Party Fightin’ Fiasco of a CHAMPEENSHIP TITLE BELT! Hell, mayhap after I get finished mashin’ this Scott summabitch’s taters, ol’ Lee might just send my ass out to that Outlaw Mudshow Bullshit an’ let me whip a few of they asses too!

Yanno, just fer the GYATdamn fuck of it.

Ain’t none of that shit matters though, now does it? What matters is that come next Sunday night, in ol’ Frank’s first ever High Octane Rasslin’ match, I’mma get in there with that big, reckless, weird-lookin’ sum’bitch Great Scott an’ we’s gonna RASSLEFIGHT our asses off till somebody’s either bleedin’ out they eyeballs or DEAD! An’ then whoever’s left when it’s all said an’ done is gon’ walk around this sum’bitch from HERE ON OUT talkin’ REAL DAMN LOUD an’ carryin’ a REAL BIG STICK!

We gon’ find out just how GYATdamn GREAT you is, bwah!

That, or we gon’ find out how many times I can smash you in the face b‘fore you fall over in a pile of blowed up muscles and blowed out assholes. If’n that ain’t enough ol’ Frank ain’t scared of pickin’ yer big ass up an’ chunkin’ you outta that ring like a bag of manure an’ fertilizin’ the whole DADBLASTED building with little pieces of GREAT GYATDAMN SCOTT!

YOU HEAR ME SCOTT?! YOUR ASS BETTER SHOW UP AN’ YOU BETTER KNOW HOW TO RASSLEFIGHT OR YOU GONNA END UP WIT’CHER DICK IN THE DIRT SO GYATDAMN FAST OL’ MOTHER NATURE GONNA BE PREGGERS AN’ AIN’T EVEN KNOW IT THEN THE WHOLE DAMN WORLD GONNA HAVE GREAT SCOTT FER SOME KINDA WEIRD SUGAR DADDY AN’ AIN’T NOBODY GOT NO GYATDAMN TIME FOR NONE OF THAT!

Bring whatever you got.

If’n you’s got any balls at all in ya, me’n you’s gonna put on the best GYATdamn RASSLEFIGHT that any of them High Octane types done seen in a dog’s age. Win, lose, or draw, we gon’ be brothers in blood when it’s all over with an’ at least one of us gon’ prob’ly spend a night or two in the dang ol’ hospital. WELL THAT’S JUST FINE WITH OL’ FRANK! You can either whip my ass, or you can get yer ass whipped, it’s up to you Scott.

“I done told you sum’bitches once, my name is FRANK DYLAN JAMES, an’ I work fer Lee GYATdamn Best. Look that shit up!”

Neither of Frank’s declarations appear to register on the face of the Homeland Security agent sitting across the table from a very agitated, very restrained Frank Dylan James.

“Sir,” the agent deadpans Frank. “You were found accosting a child in the middle of an airport, screaming obscenities and terroristic threats of physical violence not just at the boy, but at anybody and everybody within earshot.”

Frank chuckles and the agent continues.

“You said, and I quote: ‘I’ll beat the shit out of every last one of you hippy bastards and then I’ll set those flying death tubes on fire there ain’t a damn thing anybody can do about it.’ ”

He guffaws, wild-eyed and maniacal.

“Right. So. You’re currently being detained by Homeland Security. TSA agents pulled your checked luggage and found what appears to be all of the components for a mobile moonshine distillery. You’re about to face some serious charges, Mr. James, I’d suggest that perhaps you drop the Deliverance act and do yourself some favors before you end up locked in a small, dark hole for a good long time.”

The hulking Hillbilly Jesus considers this for a moment.

Not known for his attention span, Frank can’t help but let his mind drift under the scrutiny of the mid-level black-suited goon in front of him. The idea of a small, dark hole gets Frank’s wheels turning.

Oh, the games that they would play…

“HEY!” The agent is not amused. “Are you PAYING ATTENTION at all?”

“That’s how you get tasered, Mr. James.”

Frank laughs in his face. “THAT TICKLES! YOU AIN’T SO BIG AN’ BAD!”

Having had all of this bullshit that he was going to deal with today, the agent on hand gritted his teeth and was just about to bury his taser in Frank’s chest again when something suddenly stopped him. He cocked his head and pressed a finger to the tiny device buried neatly in his ear canal. A certain kind of look washed over his face…

You know the one.

The agent’s attention falls back on the smiling face of Frank Dylan James.

“Reckon your boss done heard from my boss?”

Blood rushes to the agent’s face. This is not the sort of situation that he’s accustomed to finding himself in and you can almost see the gears come grinding to a halt behind his own bloodshot eyes.

It’s not a pretty sight.

The agent clears his throat.

Frank marvels at the 97Red-winged Gulfstream G700 with the High Octane logo and Lee Best’s likeness plastered on the tail as it taxis to a stop on the tarmac in front of him. The big hillbilly wrings at his formerly restrained wrists, working some feeling back into them after having been detained for a few hours by the Homeland’s finest. After a moment of quiet consideration, big Frank whips his head around at the agent one more time with gusto.

The agent stands there stewing, incredulous at the absolute absurdity of this barefoot idiot having the kind of connections that it takes for him to get called off as quickly and as thoroughly as he had been.

“Yeah,” he snatches the Ray-Bans off of his own face, looking Frank dead in the eye. “About that. The United States Government doesn’t appreciate having its time wasted by you and your ilk. I don’t give a shit who you know, you don’t come to my airport and cause the kind of chaos that you caused today and get away without so much as a slap on the wrist!”

The agent gives a shit-eating grin in reply.

“Your shit belongs to the United States of America now, Frank. Confiscated. Now get the fuck out of my sight before I decide to make a classified decision that even your boss can’t buy you out of.”

That was Frank’s grandpappy’s still.

Something breaks inside of Frank Dylan James.