Jace Parker Davidson is a Mid-Carder

You Reap What You Sow Part II 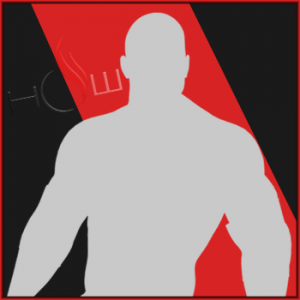 “So, no shit, Matt…these two were total bullshit!  Fuckin’ a-boot? Who says that shit?”

Matt Klazzic and Rick Dickulous sit in a plain hotel room, clearly not a five star joint, more like a Super 8.  Silvery striped wallpaper hung on the walls, thin blankets stretched over the beds. They sit in metal framed chairs with dusty rose cushions at a small corner table.

“Unbelievable.  Isn’t that considered a crime in some parts?  I almost feel sick to my stomach to the point where I can’t even eat…”

Matt sighs as he looks down and grabs a large paper bag. Opening it, he takes a deep breath to smell the contents before closing it contently.

“Yeah,” Rick said as he accentuated his words with his hands, “and then there was this “poutine” nonsense.  Let me tell you, bud! Canned gravy, McCain fries, and white cheddar cheese curds! Just tossed on there like a fucking money shot on Mia Khalifa’s face!”

Rick gags as he mimes vomiting onto the floor.  Matt quickly sits up and reaches out slightly for a moment before stopping and putting his bag on the table.

“Whoa, buddy.  You ok? I only cracked open my bag just a bit there.  The smell can be a little overpowering.”

Rick sits back up and looks across the table.  He pokes one of the bags, looking at it curiously.

“The hell is that, Matty?  It smells like rotten eggs and bad decisions…”

“Huh?  Oh, are you talking about this?  This, my friend, is an integral part of the Klazzic training and/or pre-match regimen.  I told Jenny where we were at this week and she gave me the address for an awesome Filipino restaurant that serves real authentic Filipino cuisine. This stuff’s great, buddy.  I even got you a little something from there!!!”

Matt excitedly reaches into the bag and pulls out a medium styrofoam take out box and places it in the center of the table.  Opening it, we see that it looks like a stirfry rice noodle dish with small pieces of carrots, celery, onions, and chicken. Matt looks down excitedly then reaches into the bag and grabs a small cup with a two slices of lemons and puts it in next to the noodles.

“So…what is this?  I mean, what’s it called?  It looks good…it smells good,” Rick dips his finger into the noodles, swishing his finger around in it before withdrawing it and suckling it clean, ” and, holy sweet jesus does it taste good, bud!  WAY better than that disappointment from yesterday!

Matt stares at him, almost in shock at what he just saw.

“Ok, first off buddy, please don’t do that again.  Let me spray the lemon juice over it first. You’re my brother and stuff, but I’ve put people in intensive care for similar things.”

Matt narrows his eyes after speaking with an almost cold tone in his voice.  If one looked closely, one could almost see hair standing on the back of his neck.  After a quick pause, he shakes his head and smiles at Rick.

“Oh, this stuff is called ‘pancit.’  The nice thing about the noodles is that it’s so thin, you really can eat a lot of it and get full!  But wait, that’s not the best part!”

Matt reaches in and grabs a pair of clear circular plastic containers.  Popping them open, we see that the containers were full of white rice, steam escaping into the room as Matt cracks the containers open.

Matt excitedly reaches in and grabs another container filled with a dark chocolate-colored liquid and some unknown pieces of…something…floating in it.

“Hope you saved some room for dessert!!!”

Matt cracks open the container and the room fills with the smell of something that’s the complete opposite of chocolate.

“Ready to dig in, buddy?  Like I said, save some room for dessert, I have something that should give us the extra edge for our first match!!!”

Rick points at the chunky, chocolatey mess inside the takeout dish.

“Is that what smells so bad, bud?  I mean, don’t get me wrong, I’m all about trying new foods…but this is a little ridiculous!”

He shoots finger guns at Matt

“See what I did there?  Speaking of our first match, what’re you making of these two?  Should we be worried about being….eGG-secuted?”

“You know?  I have just the thing in this bag.  And this, my friend, is what will get us over the top when we’re in the ring with those guys!!!”

Matt starts to reach in the bag, but then stops and pulls the container containing the chocolate-colored stew.

“Oh, and the diniguan isn’t for you, buddy.  I know how eager you are to try Pork and Blood stew, but this is for me; It gives me my edge!!!”

Matt reaches in and grabs a pair of bright magenta-colored eggs.

“Here we go, this is what I think of those two eGG heads!  Go ahead and take one, it’s called ‘balut.’ I’ll show you how to eat this baby!!!”

Matt hands over one of the eggs, which is surprisingly warm to the touch and reeks of body odor, to Rick, who looks at it and wrinkles his nose slightly.

“Dude, this smells like the ass crack of Bobby Dean’s singlet…are you SURE this is edible?  I mean, I know you got used to the food when you were training in Southeast Asia, but I’m starting to question your choices, bud!”

Rick sets it down in front of him, gazing across at Matt cockeyed.

“Rick, my friend, think of these two eggs as a metaphor for our opponents.  First, we get some shots in to weaken them down a bit.”

“Then, you throw a little salt in the wound by making them wrestle our style of match and bask in the cheers of the crowd as we take another shot.”

Matt reaches for the salt shaker and sprinkles a little salt into the opening before taking the egg and sucks down the juice inside of the shell.  Matt puts the it down and wipes off part of the yolk from his chin with a napkin.

Rick points at the egg in front of him, a weird reddish tinge visible inside the shell.

“Matty?  Why is there a chicken inside my egg?”

“Rick, buddy?  That’s the best part!!!  When we break these two down in the ring, we’ll see them for what they really are: small, vulnerable, and something that can be taken down in one gulp!!!”

Matt leans back and sucks the partially-formed embryo out of the egg and into his mouth before putting the rest of the egg down, giving Rick a small smile as we see a small part of a chicken leg sticking out of his mouth.  Matt slurps the small leg into his mouth and gives a wholesome, yet somewhat unnerving smile to Rick as he finishes chewing and eating the embryo.

Rick looks at the egg in front of him, then back to Matt.

“The fake Canucks I can deal with…”  he shudders as he picks up the egg, “well..here goes nothin!”

Rick tips his head back and slurps the contents of the egg in one gulp, tossing his head back to swallow it quickly before crushing the shell in his hand.  Viscous, bloody goo runs from between his fingers as he lets out a mighty bellow of celebration. Matt loudly claps his hands in approval as he leans back in his chair before giving a double fist pump in the air.

Rick suddenly gags slightly, shooting a panicked look across the table at Matt.  Suddenly he leans to the side and empties the contents of his stomach all over one of the beds.  The reddish hue splashed over the floral blanket looking like a piece of modern art. Rick looks across at Matt apologetically.

“OH MY GOD!!! You ok, buddy?!? You think housecleaning will be upset we did this here while we were waiting for our room to be ready? Maybe I should have just let you have the brownie tin instead.”