Clarity; The Only constant in the universe

Madness in the Multiverse 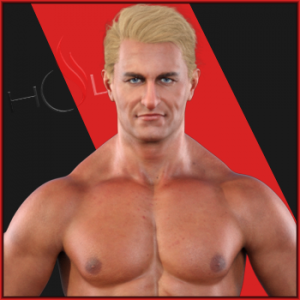 We are inside the historic Crystal Bay Club one of the older but well established facilities for gambling in the area. At this late hour, or early depending how your glass is filled, there’s not a soul around. Nor would there be many in the area James is at, a High Rollers private lounge. The exact place you’d expect to find him.

The camera starts behind Perfection who we can see is rubbing his eyes with his free hand, the other lifting a drink in front of him. Blackjack is the name of the game this early morning and as the camera finally reaches directly behind him we can see that James is doing quite well. Stacks of chips, a cigar in his mouth, and of course an alcoholic drink at his side while the dealer sends out James’ next cards.

“Nineteen for the player.”

James runs his hand flat over his set of cards.

The dealer flips over his card.

This makes Witherhold do nothing other than take a puff from his cigar and blow the cloud in the dealer’s direction like the rude jagoff he is. The dealer lets out a soft cough as James looks up and right towards the camera. He knows playtime is over, now it’s time for serious business. Perfection now looks at the casino worker in front of him, it’s enough of a glance that the dealer clears his hands, steps back and exits. Now comes the highly unorthodox measure- the camera swapping places and standing where the dealer did to get a front shot of James.

“I never in my life thought I’d actually say these words, but…”

A pause and a long deep breath before saying it.

Man did that fucking hurt and we can see the inner pain on Perfection’s face but like a champ, he fights on.

“You heard that right. I appreciate you, Michael. Now, I couldn’t do that for an entire month but at this moment in time, I do. I appreciate you because you took what appears to be a risk. You went ‘all in’.”

Witherhold gives us a small eye roll. Not fully white but enough to tell he’s irritated.

James gives us a ‘chef’s kiss’. Sarcasm is just oozing from his pores.

“And why wouldn’t they? It’s Mike Best Appreciation Month and what does the omniscient, Son of GOD, the Grand Marshall of his own Self-Milking Parade, proclaim with all his wisdom? A Lethal Lottery with his own title on the line. Hate to say it…”

You knew it was coming, don’t act surprised: Witherhold gives us the ‘but’ hand.

“But… I love it! Being the fighting champion and putting your money where your mouth is…”

Perfection lets out a ‘wew’. That one takes him back.

“Goddamn, Mike. The fucking balls on you, bud!”

A shake of the head to go with it.

“I’d NEVER do that shit! I’d never allow everything to be thrown up in air and the chips fall as they may. I don’t gamble with title belts or wrestling matches. I’m calculated while playing four dimensional chess in that ring. Yet here you are, risking it all to celebrate yourself… your month… but that’s the entire point right?”

“The façade of vulnerability.”

His mouth turns down and in. An interesting statement made by one James Witherhold. What are you on about, Perfection?

“Because honestly, what are the odds, Mike? Lethal Lottery, gambling, all that shit has odds, and I’m a gambling man myself, Mike.”

That causes James to lift his hands up and look around at his surroundings.

He picks up a chip and begins to ‘knuckle roll’ it without a hitch. Cigar smoke circling around him as it bides its time in the ashtray.

“But when I walk into a casino or when I play a Mega Millions ticket, Michael, I know I can find the odds and advantages. Any smart player understands that. Blackjack over Caribbean Stud, Craps instead of Roulette. The point? Well, the point is I always know… ALWAYS KNOW… the odds lean in favor of the house, even if that advantage is fractions of a percent! And guess what, Mike? Lucky for you… ‘daddy’ makes the odds, sets the table rules, and has the keys to the casino vault.”

The distraction of the chip shuffling on the top of Perfection’s hand ends suddenly as he sets it back on the felt.

“Lee will spin his wheel, pull names out of a hat, however the fuck he decides to do it, and we’re all meant to sit here and really believe the boss didn’t ‘rig the reels’ for his ‘boy’? That Lee himself isn’t in on the skim!? I don’t trust him one damn bit but I sure as fuck don’t trust you! I mean really, Mike? … Come on. Even I can see through the bullshit smoke and mirrors.”

A tilt of the head while we can hear a slot machine hit a jackpot off in the distance.

“Like I said, I would never allow everything to be thrown in the air. I’d never lose control over the one thing I do have control over… how I plan to attack and engage my opponents. My God-giving talent! Days of watching tape, studying, and practice. All tools to mitigate risk. What do you have when things reach a point beyond your control? When the risk becomes real?”

“Well, you, Michael… you have handicaps.”

A lift of the cigar and a puff or two in order to keep the cherry hot. Perfection continues to talk with it in his mouth.

Perfection taps his finger against one of the taller stacks of chips, with his free hand he returns the cigar to the tray.

“The appearance of risk. Let’s be honest, Mike, you’ve been prepared to defend that belt at a Lethal Lottery. You have been since the day you decided to tell Lee your glorious idea. Was that the day before Refueled? Doubtful. Nah, it had to be weeks of planning and scheming around your announcement. Figuring out how the matches will play out. Working the odds out for opponents. Planning each stipulation while sitting on ‘daddy’s’ lap like he’s Santa and you’re asking for presents.”

The finger lifts from the chip pile with his hand, subtle ‘relax’ in his motions.

“Oh and you had to get Max in on it too, had to make sure it all looks as though it’s truly your risk.”

Witherhold is eating this up more than the HOW fans and Mike Best Appreciation Month.

“Let me be clear, the only ones TRULY at risk of ANYTHING are The Hollywood Bruvs, the TRUE defending champions, Michael! No one doubts that when the very best in this business at Sports Entertainment walk down that ramp they had zero indication, not a single clue, who they were going to face off with. There will be zero doubt that they weren’t sent a text message the night before laying out any stipulations. They’ll walk out, straps in hand, to face the true threat of the unknown while holding their ground! ”

Now he leans in and asks a dead serious question.

“Can we say the same about you though?”

And then James leans back to let that marinate in before putting up his hand.

“You know what, Mike… how UNGRATEFUL of me! Especially during Mike Best Appreciation Month of all times… to accuse YOU… of being a fraud?! To accuse you of putting the fix in like High Octane’s a version of Churchill Downs? It’s unbecoming. So you know what, forget all that. Forget what I just said, let’s roll the dice and pretend this Lethal Lottery is more pure than McDonald’s Monopoly.”

For the first time in while, minutes really, James takes a sip from his drink.

“Then, in that case, I hope to God you draw my fucking name.”

Perfection uses his right hand and index finger to call the camera back to his side of the Blackjack table. Seconds pass before a black haired woman in her mid-twenties now takes the position behind the table as our new dealer. Witherhold looks at the camera now over his right shoulder giving us a frat-boy style smirk.

“I don’t think I have that sort of luck here though… but I’m planning for it. That or Max. Either would go swimmingly for me if the cards are dealt in that manner. I mean, you can change that too right, Michael? You can call ‘daddy’ and tell him ‘you know what, I want this to be real, I want this to be fair’. Hell, you can do that right now as you’re watching this.”

Taking a few chips from the stack Witherhold bets and the cards begin to be dealt.

“I know you won’t… because I sure as hell wouldn’t. Who knows though. Maybe you’ll make that phone call or maybe Lee isn’t a total hack and maneuvering everything in your direction.”

James looks at his hand. A four and a nine.

“I wouldn’t say I was wrong if that’s the case, I’d say then you’re unquestionably at risk… that would be true. Everything I said about being vulnerable, having big fucking balls, that would all check off for you.”

He motions for a hit.

“That’s if you draw me… if only you’re so unlucky to do so.”