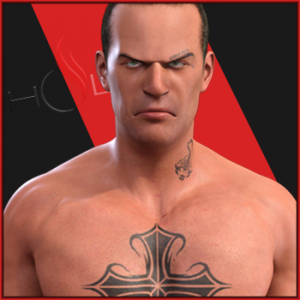 ”How nice that must be, to blend in with unexceptional people in that banal, work-a-day banter. Like regular people.” – Rasmenia Massoud

Life is a useless passion, an exciting journey of a mammal in survival mode. Each day is a miracle, a blessing unexplored and the more you immerse yourself in light, the less you hope to feel the darkness. There is more to life than nothingness. And cynicism. And nihilism. And selfishness. And glorious isolation. I will be selfish with myself and live my life through my immortal acts, acts that engrain my legacy onto humanity.

I will transcend my fears and follow myself into the void instead of letting myself get eaten up by entropy and decay. Freedom is being myself without permission.

It’s an oxymoron, I suppose. I sit here without any tangible freedom and I take direction. But you forget, I’m still new here. Don’t let the results fool you. I am a very early draft of what will ultimately be. It follows that I should seek out greater knowledge. All great teachers, philosophers, and prophets have a source of knowledge beyond their own. This is what you must seek for it to make any difference, knowledge beyond your own.

I take it as a compliment when somebody calls me crazy. I would be offended if I was one of you, one of the sleepwalkers in the matrix or part of the collective hallucination you call ‘normal’. Maybe I’m normal and you’re the crazy ones. Maybe everyone should talk to themselves. Maybe you’re all just afraid of what you’d say.

And I’m mastering this calmness. The rage no longer controls everything else. Instead, I control the rage to do what must be done. Doing what is expected of me and beyond amidst a raging mental condition is just amazing. Just acting normal with a rioting mind to me is an incredible success.

Most people are, in the most ordinary sense, very limited. They pass their time, day after day, in idle, passive pursuits, just looking at things – at games, television, whatever. Or they fill the hours talking, mostly about nothing of significance, of comings and goings, or who is doing what, of the weather, of things forgotten almost as soon as they are mentioned. They have no aspirations for themselves beyond getting through another day doing more or less what they did yesterday. They walk across the stage of life, leaving everything about as it was when they entered, achieving nothing, aspiring to nothing, having never a profound or even original thought. That’s what common, usual, typical, normal people are. Relatively few rise above such a plodding existence.

So why would I wish to be that?

I take myself as the measuring stick for what normal should be. If you felt what I feel, if you saw what I see, if you knew what I know, you’d cower in the presence of yourself, the way you cower in my presence. Even the bravest of you, when faced with the harsh reality, is no match for nature. I am a force of nature because I was created just for this. I was created to wake you from your sleep. It’s no longer good enough that you just show up and get by. He demands more, and you will give it.

”Goodness battles in a straight line. But evil forges a tornado.” – Caris Roane

The door to the prison cell swings open widely, and Arthur Pleasant walks through, exiting. He casts one last glance over his shoulder his partner, sitting cross-legged on the floor, still poking at his food with a plastic fork, and smirks then walks back down the hall. He passes the stoic 4th Wahl, who was waiting patiently and gives him a little wink and a wave.

Back in the cell, Roberts raises the fork to his mouth and chews on a piece of medium-rare sirloin. He closes his eyes, tilts his head back, and smiles. After a few moments, he opens his eyes, stands up, and turns toward the corkboard on his cell wall, plastic fork still in hand.

Approaching slowly, he scans the photos affixed to the cork. Photos of past opponents are arranged in a family tree-like pattern, each successfully going upward on the tree, until finally Kostoff and Harrison are there, near the top, but with space for more above.

He reaches the board, looks at the photos, then violently stabs the photo of Kostoff with the fork. The plastic nearly breaks under the force of it but holds. Roberts scratches diagonally on the photo, making an “X”, then does the same to the photo of Harrison.

Roberts sets the plastic fork down gently on the table there and looks at the record player next to it. Lifting the needle, he calmly lets it drop on the vinyl. After the initial hissing of the beginning of the record, “Seasons in the Sun” by Terry Jacks plays.

He turns, walking slowly back toward the center of the cell and sits down again with his legs crossed, and flicks the uses paper plate away. His eyes close, he smiles, and he sways back and forth.

”We believe civilization weakens natural selection. We do nature’s work so that we do not become a soft race.” – Pierce Brown

You’ll have to forgive me.

I’m not used to smiling this much.

Because I’m happy, truly happy, and I want to hurt every one of you just as much as I ever have. What a lovely epiphany this is. Even Arthur, who came to visit again, was only an impulse away from having a plastic fork jammed into an eye socket.

But there’s something else I’ve learned recently. I’ve learned restraint. The funny thing about Arthur is that most likely, were I to stab him in the eye, he would appreciate it. And I appreciate that about him because there are few people on this planet who understand. I don’t have to tell Arthur what to do, because Arthur does what I would do. He has become an extension of me and needs no direction.

I know what awaits us this week.

I haven’t been in this position long, but I know who Kostoff is. I know who Steve Harrison is. Normally, however, when I see people that look like you, they’re being led to the playground by their 80-year-old mother. I know that Harrison was once in His good graces, but no more. Not… any… more.

And Kostoff, what can you say? I know what you are. The M-word, right? Arthur spoke of monsters, and that’s what you are, or were. I’m not sure you’re much more than a pale shadow of that now, a monster’s costume. An interesting puzzle to crack, to be sure.

It isn’t something to fear, though.

Some monsters disguise themselves so well you don’t realize that they’re monsters until it’s too late. You check all of the usual places: under the bed, in the closet, behind the shower curtain, around that suspicious, dark corner of your room. No, some monsters don’t look like monsters at all. But they are, have been, and always will be there.

But don’t be naive. People adore monsters. They fill their songs and stories with them. They define themselves in relation to them. Do you know what a monster is? Power. Power and choice. Monsters make choices. Monsters shape the world. Monsters force us to become stronger, smarter, better. They sift the weak from the strong and provide a forge for the steeling of souls. Even as you curse monsters, you admire them, seek to become them in some ways.

There are far, far worse things to be than a monster.

Are either of you still living in a moment where your names are feared and respected? No matter how good you are. You allowed yourselves to become irrelevant. You’re like two wandering souls without a body. Suddenly you are invisible. No one notices your presence. You want to do something but it would make no difference. You want to say something but you are voiceless. You require people to listen, but they can’t. The setup is different. You are there but you aren’t. You’re just spare pieces left on the side of the road and called upon when needed.

What an oxymoron, wouldn’t you say? For I’m also sitting here in this cell awaiting instruction. But while I am at the forefront of His plans, you two are afterthoughts, tossed into the room to fill a quota, dragged down by the incessant meaninglessness of your existence.

I had other normal friends once, before all of this. And when I was, at last, sitting on a cold concrete floor staring at bars and glass, I often thought of my friends in the outer world and of how they all would go on living their lives in total ignorance of the strange and terrible fate that had overtaken me or guessing the weird surroundings which had witnessed the last frightful agony of my extinction. And with these thoughts came a realization of how unimportant to the life and happiness of the world is the existence of any one of us. We may be snuffed out without an instant’s warning, and for a brief day, our friends speak of us with subdued voices. The following morning, while the first worm is busily engaged in testing the construction of our coffin, they are teeing up for the first hole to suffer more acute sorrow over a sliced ball than they did over my, to me, untimely demise.

I’ve seen glimpses of a different me. It is a different me because in those increments of time I thought I actually became a winner. The truth, however, is painful. It is a truth that tells me with scratching internal brutality that I am me and that winning isn’t natural for me. It has to be fought for, in the echoes and trodden footprints of my mind. In a way, I have to scavenge for moments of alrightness.

It would be both foolish and cumbersome to continue my everyday existence in bliss without first denying to myself, for the sake of excusing my own repugnance, the inherent cruelty from with I was conceived. And there can be no other path by which a fiercely competitive, yet a social human can afford himself the level of safety, prosperity, and stability – such as I enjoy right now – without the initial pangs of cannibalism, brutality, dominance, and cruelty to forge the foundations, very much like the lava which formed the ground upon which you stand. It still erupts from the core. Brutality, dominance, and cruelty similarly erupt from mine, and they are no less prevalent now than early in my history.

What I am is only grotesque if I see my opponents as humans. But I don’t see humans, because I’ve been naturally given learning to compartmentalize and detach. I learned to look and see not a man but a body. The soul is not there. The body is simply a composite of different targets, and all of them burn so brightly.

This is the difference between the two of you, and the two of us. You are surface level. We are reality. You are fancy facades of violence and badassery, and we are the evil you’ve only read about in books. But this is no fictional tale, gentlemen. This is real life. Even before His instruction, it was my duty to hurt people. It is my divine purpose, a purpose you lack with your wandering through the forest like lost children.

Today there is a strong smell of blood in the air.

If You Want Peace, Prepare For War

The Subtle Thing That No One Sees

Let the Sunshine In