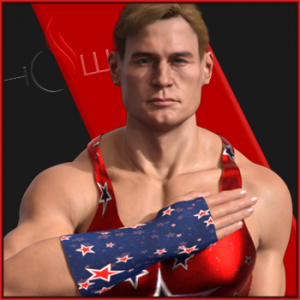 A Respectful Rebuttal to Bobbinette Carey

There’s the tale I’ve been waiting for.

Bobbinette Carey makes it all about her. You see, the intentions start off noble enough. Like she always does, she talks about big, overarching ideas and uses minority groups and a white boogeyman to bolster her claims. But soon after it crumbles and falls apart.

Because what starts out as talk about people of color or women, Bobbinette Carey turns the wheel sharply to the left so she can make it about her. And the reason she ties herself to those things is because at her core, she desperately wants to be part of something bigger. And that’s only because she can’t do it on her own. Because she’s too fucking selfish.

Or did I earn them?

As for Juneteenth, who gives a shit, Carey? What do you want from HOW? You want a fucking parade? You want 19 title shots? Grow the fuck up and earn your way into some title shots and main events. You claim to have the biggest dick in HOW? Then stop limp dicking it.

As for my voice, why in the fuck would I waste my time and energy as the World FUCKING Champion and take 10 minutes of HOW airtime to talk about women’s reproductive rights? I have things I need to focus on, like defending this title. Here’s the question you should be asking. Why have you not taken 10 minutes to address it on air. You got fuck all going on. Don’t you think reproductive rights are important right now?

And I know why.

You use your protected classes like a cudgel. But the moment someone holds a mirror up to Carey’s bullshit, she huffs, she puffs, and she wonders why people are “mean” or why people don’t like her.

Again, grow the fuck up.

You haven’t. You won’t. Because any type of conversation you try to have, would result in you somehow turning it back to make it about you. ‘Here’s a story Conor about how I’ve had it worse than you so don’t feel bad about losing the World title or not winning the Tag Titles.”

And yes, you should be celebrating America, Carey. Because I’ve done what you haven’t. I’ve held this title longer in a single reign than you have in all of yours.

It’s laughable that you claim the AoA used your back to propel ourselves. The only thing your back has been used for is as a canvas for Mario’s little swimmers.

The AoA is more revered than the shitty Knights of Epicness. I’ve never seen so many stablemates wince every time you tried to act as a leader to that piss poor group.

You’re also right. You aren’t who the Founding Fathers had in mind. They never imagined someone would be so utterly misguided and selfish. They didn’t take on whiners. They took on doers. People who got shit done. And you sure as hell ain’t their nightmare. These men stared down war, oppression, and uncertainty on a daily basis. The last thing you stared down was a bean burrito.

At Chaos, I’m going to make sure that I break every last ounce of self respect you have. And then, I’m going to go further and break down a hall of Famer who has tarnished her legacy. I am going to systematically pick you apart. And then, when you lie bleeding and broken on the mat, we will see which of your friends comes racing out of the back to pick up the scraps.