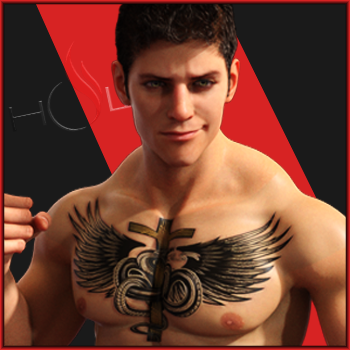 The lights in the arena dim, as “T A B” flashes across the HOV in bright gold letters. The letters suddenly begin to drip 97Red, as “War Child” by Hollywood Undead begins to blast over the sound system. Tyler Adrian Best steps out from behind the curtain, slowly making his way out onto the stage and staring out into the sea of fans. He gestures to the crowd as he saunters down the ramp, rolling under the ropes and getting up to his feet once he’s in the ring. Tyler goes up onto the turnbuckle, appealing to the crowd before coming down into his corner, stretching before the match begins.

Billy, Don’t Be A Hero

Jatt, Is Your Wife Dead Or …