Some News from the HORS… 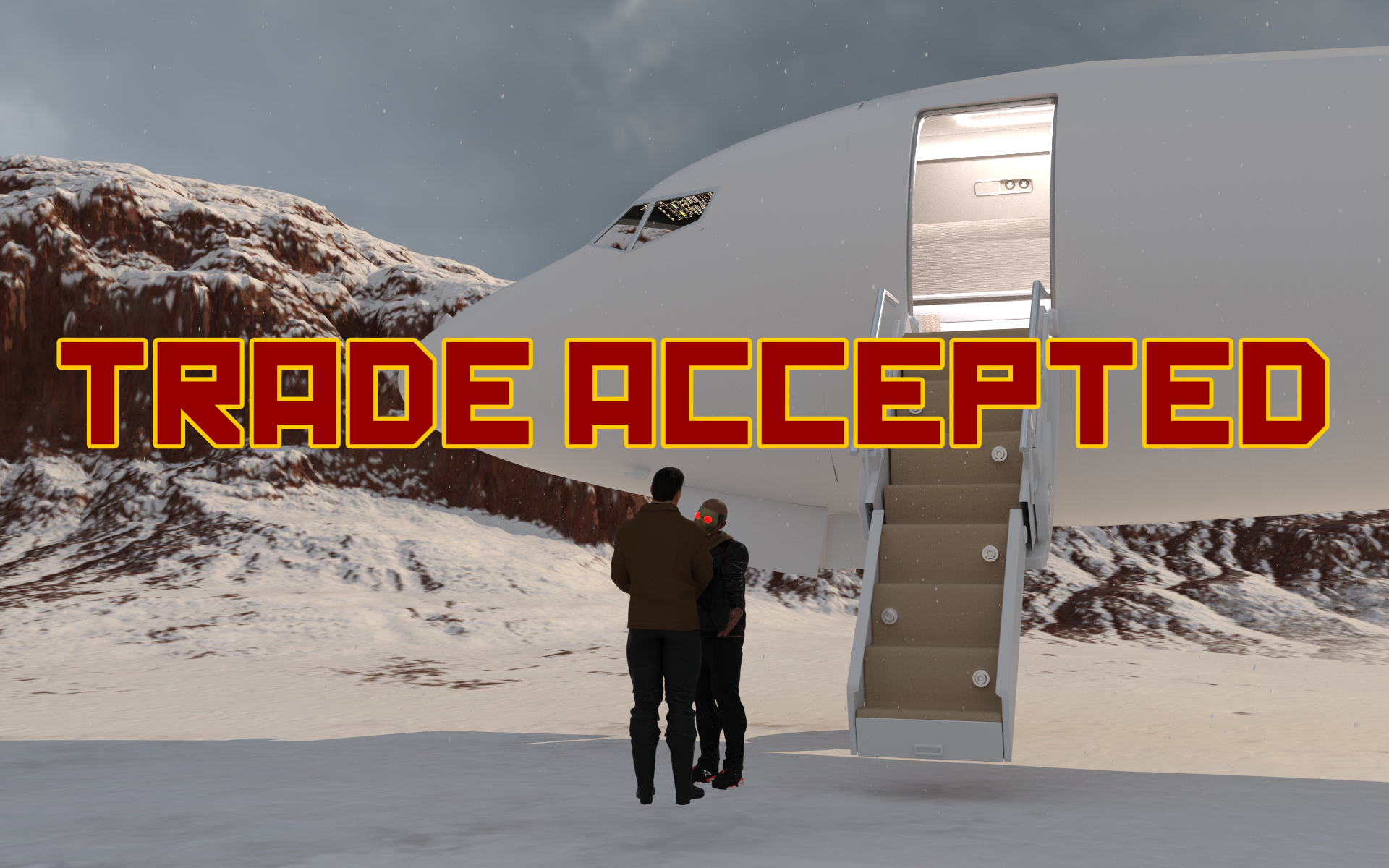 NOW that I am back in the states and sitting here inside MY arena, I thought it would be a nice ICONIC primer to release how the trade I made with Russia went down.

Obviously, Russia completely took us into the bushes and trade raped us when they gave up a WNBA basketball player for the MERCHANT OF DEATH (Pro Wrestler name if I ever heard one).

Well as the true patriot that I am….I decided to pull the trigger on something I have been thinking about doing for months…….trading for a man that I know LOVES absolute Chaos and will do whatever the fuck I tell him to do……because I am the reason he would be free.

So, peep the transcription from the video below…..it’s been REDACTED in some parts to protect the ignorant. The actual video of the trade will be shown tonight on ICONIC.

For now….ENJOY….and WE will see you live TONIGHT when ICONIC begins at 9pm CST.

“Good evening I am Ben Legend, Chief Political Correspondent with this special report for the High Octane Rag Sheet.. It has been merely days since Brittany Griner set foot back on American soil, the outcome of a prisoner swap between Russia and the USA and it would seem that there could be another prisoner swap being planned in the coming days. With this report is HORS International correspondent John Eric Peter Watson. His report has been sent by German station Das Erste for HORS, due to the continuing strains in US and Russian relations. ”

Footage cuts to a cold, snowy Siberia as JEPW is standing with a woolly hat covering most of his face, the snow blasting across his face and it is clear the temperature is getting to him as he stands holding the microphone with it swaying side to side as he tries to control it through his thick gloves. In the background is a large façade, with multiple heavily armed Russian guards watching his every move.

JEPW: John Eric Peter Watson reporting from a cold Siberia for this special report for Das Erste. Behind me is the Penal Colony number 6 of the Federal Penitentiary of Russia, also known as the Black Dolphin Prison. Inside it is home to some of the most notorious criminals in Russian history but will soon hold host to the second prisoner swap between the United States and the Russian Federation. So far we have had no definitive information as to who inside will be released into American custody other than they have been in this prison for nearly ten years and that their released has been sponsored. The sponsor has been given the rights by the American government to personally travel here to undergo the prisoner swap and what we know at this stage is that the sponsor has arranged employment, to which we are hearing will be unpaid, to the released prisoner.

As for the prisoner whom or in this case WHAT will be returning to their native Russia in the swap, we do have information on them….and it is not a person….but a flash drive.

A photo of the flash drive is shown on screen. It has the initials DRW on it

JEPW: …..There are strong rumors that this USB drive contains a trove of sensitive information and the words DEATH ROW have been repeated by sources.

Scene cuts back to the news center as Ben is being handed a piece of paper whilst undergoing a makeup fix. It would seem that the newsfeed from Siberia was cut short as Ben looks at the piece of paper in front of him. He quickly reads the paper, composes himself and nods to the camera, who instructs him he is already live. He drops the papers in front of his and directs himself to the camera

Ben: I am sorry to cut away from JEPW’s report but I have just received an update in relation to this story. It is understood that the USB drive is being escorted from an unknown facility, with confirmation that the transfer will be going ahead this Saturday. We do have a correspondent at the scene via telephone. Due to the nature of this we will not be disclosing the correspondents name nor will we be disclosing the location. directing to the correspondent Good afternoon, can you hear me ok?

Correspondent: Yes I can hear you.

Ben: Can you tell me what you can see?

Correspondent: Yes, several armed guards, one presumably with the USB drive, are being escorted into the back of what seems to be an armored van. Ben, there seems to be another man standing at the passenger side of the door. He seems to be getting instructions from a government official and he has been handed what seems to be a briefcase.

Ben: Can you describe the person?

Correspondent: It is difficult to see from my vantage point but the person definitely has a bald head and a golden mask, wait a moment, I think I know who this person is, I am nearly certain that is…….

Ben: I am going to have to cut you off there! Please do not disclose the persons name.

Correspondent: I am making my way towards the van Ben to try and get a comment from the person in the passenger seat

Correspondent: Sir, sir……do you mind a comment, what is your part in this transfer? Are you the sponsor? Can you disclose the name of the person who is being transferred?

The sound goes muted for a few seconds, a thud can be heard, as if a phone has been dropped to the ground and mumbling can be heard. It gets louder as the phone is picked back up and the more distinctive sound of a vehicle driving away at high speed can be heard. All this time Ben is sitting at his news desk scrambling and looking around him as if what to do next

Ben: It would seem our correspondent has gone….

Correspondent: No Ben, I am back, I am back. I tried to get a comment about the transfer but I had my phone swiped off me by a government agent and the van sped off. It is who I thought it was, at least, I think it was, no it definitely was.

Ben: Did you get anything at all from them?

Correspondent: He did say something, but I don’t know what it means…….Chaos is at the doorstep?

The phone goes dead once again and cuts back to Ben

Ben: Well it would seem that this news story is gathering pace. Unfortunately during that feed we received a seek and assist here at HORS which prohibits us from giving you the name of the sponsor and I must also update that our correspondent on site has been arrested, we will bring you more on that when we get it, for now this is Ben Legend of the High Octane Rag Sheet.