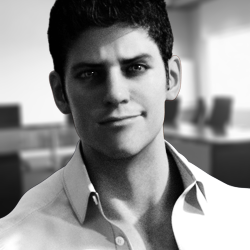 Born and raised in Northfield, New Jersey, the rookie wrestler training under the tutelage of Lindsay Troy as a student at Troy Combat Systems in Las Vegas, beginning his training in 2019 at the unbelievable age of fifteen. Now an eighteen year old graduate and rookie wrestler, Tyler was hired by the CEO as a personal assistant with less than a dozen total pro matches under his belt. Those matches must have been enough to impress Michael Lee Best, however, as he was confirmed to be the flagship candidate into the program earlier this afternoon.

According to the young rookie, he did not seek out High Octane Wrestling, but instead was discovered by Michael Lee Best personally.

“Yeah man,” Streets told staff. “It was pretty wild actually. I was working a show in Vegas and he was just backstage after my match. Told me he liked my work, didn’t think I was quite ready for the big show yet, but that he wanted to bring me on board. He’s taken a huge interest , and wants to see me succeed.”

Streets, host of the web-based vlog  “Word From The Streets” that has gained a small underground following over the last year, is now a resident of Chicago, where he will participate in the TEN-X program as well as serve the CEO in a backstage role. While his official title is “Personal Assistant to the CEO”, Tyler has already been seen contributing directly to many projects at the office level, including last week’s Rag Sheet. This doesn’t come as a huge surprise, as recent HOW addition P$NNY L4NE is no stranger to Tyler Streets– prior to being hired by HOW, she was his personal public relations manager.

“Oh yeah, that was wild.” Tyler told staff. “I was worried about leaving P$NNY behind, so Mr. Best just… brought her right in.”

Whatever his reasons may be, it’s clear the CEO Michael Lee Best sees potential in Tyler Streets. More candidates for the TEN-X program are expected to be released over the coming weeks, as well as addition staff– it is already rumored that members of the Board could potential serve in high level positions at TEN-X. Jace Parker Davidson and Cecilworth Farthington are officially confirmed as “on board” with the program, with rumors that Christopher America is currently negotiating a deal.

Welcome to HOW, Tyler, and best of luck!