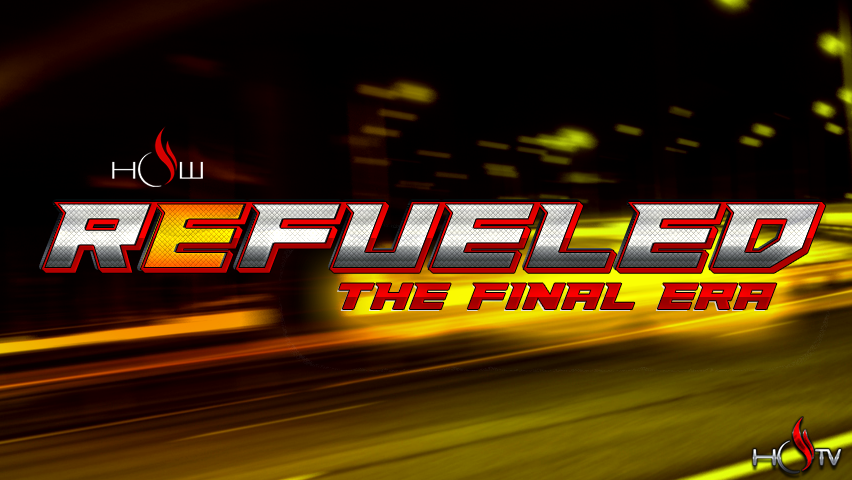 We cut to backstage, by the craft station where Eli Dresden is grabbing a bottle of water.  Turning around, she is met by the queen of Epicness, Bobbinette Carey standing in front of her. Bobbinette is wearing a black blazer with pink pinstripes matching pants. Bobbinette is smiling largely as she looks at Eli.

Bobbinette says cheerfully as Eli squints and looks over at Bobbinette suspiciously.

Bobbinette: I wanted to say you did a great job in the match, I was impressed.  Plus your gymnastics background helps with your foundation, you’ve got a lot of potential.

Bobbinette says giving space between the two of them. Eli scoffs.

Bobbinette: I respect you and see what you’re trying to do.

Bobbinette: You and I aren’t so different. Honestly. We are both women in this business and the odds have been against us from day one. You need support and I’m offering-

As the two women are talking, the two new mentees of  Scottywood approach them.

Bobbinette: The perfect example of toxicity.

Eli: Goddamn it, I knew I needed to buy my own HAZMAT suit. Between you and these assholes, who knows what I’m gonna catch?

Chet: You two slams don’t have to worry, our equipment is all clean and ready to fire a few snappers bar down.

Tanner: Plus we got plenty of fluids in to flush any toxins outta these temples.

The two fist bump each other.

Chet: Plenty of puck bunnies on their knees praying to these temples boys.

Tanner: Then some hailing into Mary.

Bobbinette puts up her hand in the stop motion.

Bobbinette: Was any of that coherent English? Cause no… try Jesus, not me.

She says motioning to shoo them away.

Tanner: Yeah, not from that cesspool southern shithole of Ohio.

Tanner: They got only one reason to go there too, an amusement park.

Chet: You gotta be this hot to ride this ride.

Bobbinette tilts her head to the side as she folds her hands in front of her mouth before taking a deep breath.

Bobbinette: You know, normally I’m all about the positivity of accepting immigrants from other areas. But you’ve already given me a headache.

She shakes her head from side to side in disbelief.

Bobbinette: He had to go to Canada? He couldn’t have gotten some Florida douche bros? I can’t believe Scooter brought you two sorry excuses for the male athletes here to HOW. This is a prank. He did this just to get back at me. Hilarious.

She states sarcastically before rolling her eyebrows her hand goes to her Temple to massage the side of it as she appears to be invisible pain.

Chet: We’re hilarious?  You’re the one Scotty says is begging for some hip.

Tanner: Heard you even hit on Frankie.

Chet: Poor kid is still in a catatonic shock.

Bobbinette’s face burns red with anger as her fist balls up.

Bobbinette: Frankie is an innocent soul, and my former bestie’s son. That’s gross and you zoomers ruin everything.

She says shaking her head as she looks at Eli attempting to ignore the tag team.

Tanner: But we thought we’d throw you some charity hip.

Chet: For just a dollar a day, you can help Bobbinette get some hip.

Tanner: We’ve been pounding Puppers in the back, ready to take one for the team.

Chet: Scotty says you might not be such a tight ass after we wrap a couple around.

Bobbinette: Okay first, eww. Second personality is fine and not defined by my sexual encounters.

She snaps at them looking like she is about to go on a tangent when Suddenly we hear Scotty’s theme music playing from Chet’s phone.  He pulls it from his pocket and answers it.

Bobbinette: Yeah, kinda figured that.  He too scared to show up this week? Seriously not a surprise…

Chet: He says that’s enough, and we don’t need to get lost in that cavernous labyrinth Bobbinette calls a clapper.

Chet: No clue bro, but he says it’s one bin no one wants to sin in.

Tanner: Got ya bro.

Chet: He says he’s working on something more important this week… and next week he’ll be here to show you Bobbinette.   No more fucking games.  So start the clock, cause the Queen Cunt of HOW is now a dead bitch walking.

Chet hangs up the phone and the two turn their attention to Eli.

Chet: Ready to throw some hip out.

Eli: What gave either of you the impression that I’m into neckbeards?

Eli: If yinz actually want some… hip, I suggest fuckin’ each other. I’m sure you’re both pussy enough to make it work.

A sweet-as-candy smile and Dresden makes her way out of the shot, taking advantage of the stunned silence from the duo of hockey players to make her escape before she has to endure any more of their attempts at flirting.

Before Tanner or Chet can comment, the massive HOW hall of famer Darkwing walks up behind them. Bobbinette watches Eli walk away.

Bobbinette: We are epic Duck, let’s go… I’ll try her again next week.

Bobbinette and Darkwing walk in the opposite direction leaving the Bros alone together in complete confusion.

Chet: So was that a no from Eli bro?

Tanner: Neckbeards?  We both just shaved all up before the show bro.

Tanner: Think his name is Dark… or Drake Mallard… not sure.

Chet: Either way… Scotty may want or need to take him out before he wastes Bobbinette.