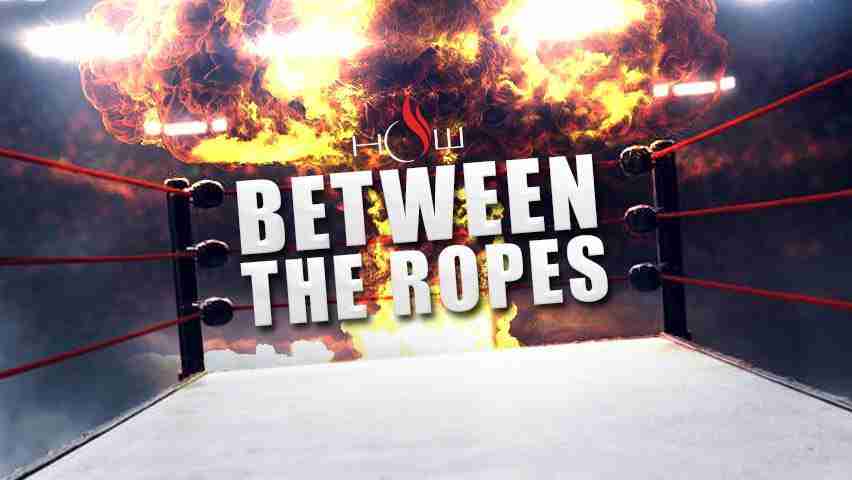 Hi there, this is former owner of HOW, maybe still some form of manager of HOTv and HOW Hall of Famer, Scottywood. Jack Dawson, whoever the fuck he is, recently sat down for an interview with me.

The scene opens up outside Carey’s Pub in Belfast, Northern Ireland……yes, that same pub that we saw last week with Scottywood and Bobbinette Carey. However, as we fade inside the scene is familiar, but very different. We see drunken Irishmen singing and watch the latest football match, but in the corner of the building we see the Hardcore Artist with multiple empty pint glasses around him. Instead of the Epic Queen herself sitting across from Scotty we see Jack Dawson of Between the Ropes sitting there in her place.

Jack Dawson: Welcome ladies and gentlemen to this special live edition of Between the Ropes. I am your host, Jack Dawson, and my guest is none other than the Hardcore Artist himself, Scottywood.

Jack motions to Scotty who gives a I don’t give a fuck wave as he calls for another beer.

Jack Dawson: Thank you for finally accepting my offer to sit down and eb the first one to talk to you since your loss to Mike Best nearly two weeks ago.

Scotty just ignores Jack as the bartender sets down another Guinness in front of him, which he quickly grabs and takes a drink from.

Jack Dawson: Ok. So before we get to the elephant in the room…..

Scotty now turns to Jack, knowing he is talking about Bobbinette Carey and shoots him a fucking look of death.

Jack Dawson: Ok, ok, like I said, before we get to that… two weeks ago on Refueled 80, you were an owner of High Octane Wrestling, is that correct?

The Hardcore Artist gives him a “no shit Sherlock” look as he turns back to his beer and shakes his head at why he agreed to this waste of time interview.

Jack Dawson: Look, I meant no disrespect, but the way I see it and a lot of other people do as well, is that you could’ve earned another opportunity at the HOW World title and still been an owner of the company. Why did you cash all your chips in? Did you believe you wouldn’t have another shot at it or were you sick of collecting a fat check and being a special attraction in HOW?

Scotty just laughs and continues to shake his head as he remembers the only two previous one on one HOW World Title shots he has ever gotten in thirteen years in HOW.

Jack Dawson: Ok, if you don’t wanna talk about that, then maybe it’s time to address the elephant in the room and talk about your former partner, Bobbinette Carey.

The mere mention of her name causes Scottywood to tightly grip his glass until it unexpectedly shatters.

Jack Dawson: After what she did I’m sure I would’ve done the same thing.

Scottywood: Oh you and HOW have no idea what I’m gonna do to Carey… Carey in her wildest fucking fan-finction dreams has noooooo idea what I am going to do to her.  You saw how she nearly shit her magenta garbage bag tights last week at the sound of my music.  Just wait until I get my hands on her.  She will certainly not consent.

Jack Dawson: Scotty, if I may ask, why did you side with Bobbinette Carey?

Dawson asks ever so cautiously.

Scottywood: Are you fucking stupid?  Does that even fucking matter now?  I trusted the bitch and she backstabbed me.  She can claim all the bullshit she wants, but she knew exactly who she was teaming with.  I’m not a big secret Jack… it’s pretty simple to figure out who the fuck The Hardcore Artist is.  She didn’t like it?  That’s on her.

Jack Dawson: I understand, but you should know better than anyone that you can’t trust Bobbinette. I mean she’s probably the most treacherous and devious woman to ever step inside a HOW ring. Scotty, every stablemate and tag partner from Archangel to David Black she’s kicked to the curb. She married Mario and when it wasn’t all about her she divorced him and tried to take everything from him. I mean look at her shitty attempt at the Whack-o-Meter. She tried to copy it because it was more over than she was. On top of that, she’s held down every woman that has come up for possible induction into the Hall of Fame so she can be the only one. Hell, she stole the World title from Shane Reynolds after she rode his coattails to victory at War Games.

Jack informs Scotty as the bartender sets down a fresh pint of Guinness after having cleaned up the broken glass and spilled beer from the last one.  There obviously must be quiet the tip being left here tonight.

Jack Dawson: What were you supposed to get out of this partnership?

Scotty just shakes his head again and drinks his beer.

Jack Dawson: The reason why I ask is because she seemed jealous of you.

Jack says bluntly and Scotty just laughs off the idea.

Jack Dawson: Think about it; when you pinned Mike in the tag match it was all about how you won the match, not her. She has to remind everyone how EPIC she is on a weekly basis while wearing her own merchandise because everyone has forgotten her. I mean, you’re in a bar that is called Carey’s and when you went sightseeing with her everything had Carey in the name.

Jack Dawson: I’m being honest Scotty. Outside of a pity Hall of Fame induction because Kirsta Lewis and Tara weren’t around yet, what is she known for besides stealing Shane’s World Title, Silent Witness and Princess Angel, trying to make David Black have a personality, wearing neon pink, and being Mario’s bitch?

Jack asks and Scotty begins to think to himself.

Jack Dawson: Exactly. I can’t think of anything either.

Jack takes a sip of his drink.

Jack Dawson: She was jealous of you when she heard you put your ambitions before her. Hell, even Jatt was calling you to bring you onto his talk show.

Jack Dawson: You. Not her, and she was pissed about it. That’s why she claimed she was going to let you get ready for your match because she knows that if she didn’t get her fifteen minutes she would be forgotten again.

Jack takes a big gulp of his beverage before leaning in as Scotty cocks his head wondering what the fuck this guy is doing.

Jack Dawson: And Scotty, what would be the biggest thing to do and not be forgotten? What would make instant headlines? I believe screwing you over because she’s the talk of the town now. The dirt sheets are having a field day with this. She’s appearing on podcasts and radio shows promoting what she did and her upcoming match. Hell, I was brought in to conduct this interview with you personally because of what happened.

Says Jack, as if that is supposed to mean something to Scotty, who had no idea who the fuck this dude was before last week’s barrage of texts and calls.

Jack Dawson: Now, she wasn’t booked and at this past Refueled she did make an appearance saying she came back for you to help you, but she did what she did because you were just like every other male in her life that used and abused her.

Scotty looks at Jack and rolls his eyes as he shakes his head and takes another drink.

Jack Dawson: She claims her being with you helped boost your career. It put you more over than ever before and you tossed her away. You didn’t care about her. You only cared about Mike Best and the World Title.

Jack informs Scotty and leans in even closer.

Jack Dawson: More importantly, she claims you needed her more than she needed you and that your partnership is over with, and she has more important people to attend to like Mario Maurako before she beat down a kid with a chair. Is there anything you would like to say to her Scotty since you haven’t had a chance to?

The pint glass is shattered across the head of Jack Dawson as he falls off his chair and to the floor. Blood instantly pouring down his face as Scotty slowly stands up and looks straight at the camera that Jack has brought with him.

Scottywood: You think I need this fucking moron to tell me all that shit I already know Carey?  Have fun playing with Mario… because when you’re finished with him… shit gets fucking real… and I am going to finish you Carey.

He looks over at the Carey’s bar sign and shakes his head one last time before he makes his way out of the bar.  Next stop… Manchester.