TTOSS II – Stuck in a Rut 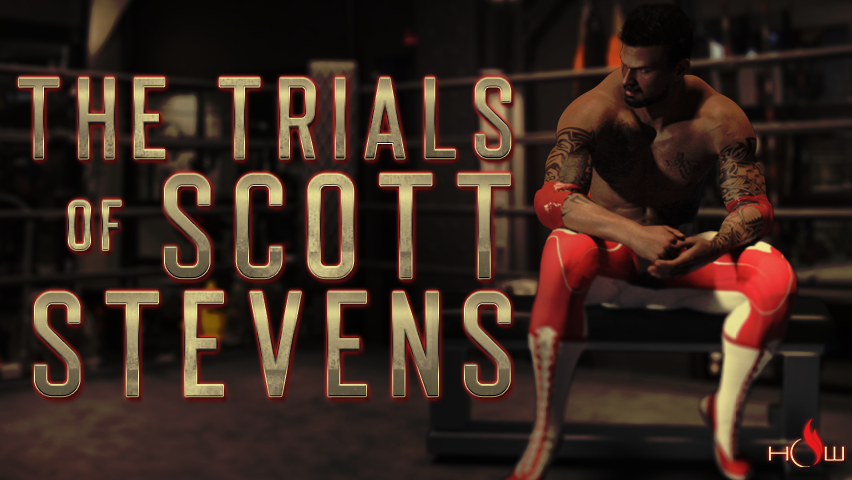 What happens when everything that was going right suddenly goes wrong?

Everything you did previously that brought you victories and championships suddenly isn’t bringing the victories that you’re use to. You haven’t changed your winning formula that you’ve used since you came into the company and now you’re wondering why it isn’t working anymore and you’re stuck in a rut every week wondering what went wrong with your writing when you swear you where the better participant.

You haven’t evolved your character so you’ve become….

How do I know?

Because this has happened to me, Justin, the handler of Scott Stevens.

When I came into HOW back in 2012, I, like most newbies and unknowns, racked up an undefeated streak relatively quick and was winning championships because my story was fresh and new. However, after a few years, the new car smell faded and my stories were becoming stale because Stevens didn’t evolve naturally over time. I tried to force many things when it wasn’t going my way and it just made matters worse to the point where I was affectionately called the Lonesome Loser because I had racked up huge losses despite being competitive.

I tried different things to get me over the hump.

I tried to be edgy.

I tried to give my character a drug and alcohol problem.

I tried to bring real life issues into the backstory for sympathy like miscarriages and family death.

It was tasteless and not necessary, but I was willing to do whatever I could to get some extra character development points.

Lee has told me since day one, just because you throw shit against the wall doesn’t mean it’s going to stick.

I joined the Best Alliance……yeah, that was laughable.

I tried to be a stalker and a cunning psychopath that wore masks and collected souvenirs.

I was trying to be everything else instead of being what Scott Stevens naturally is, and that’s the Texas Bad Ass.

The worst was when I became as predictable as me writing Stevens Says in my RPs.

This is when I peaked in High Octane Wrestling and I still haven’t recovered from it. After I won the HOW World title and beat Mike Best at ICONIC in 2015, I beat that dead horse for about SIX YEARS. My character’s on screen appearances, and his roleplays always had a mention of beating Mike Best and this was in 2019 when HOW returned from hiatus. This was again in 2020. This always happened again in 2021 when a well placed knee to the skull retired the Stevens character for good.

My problem was I became complacent and was living in the past and never evolved the character to make him relevant. Jatt Starr and Max Kael are perfect examples of reinvention because they have been in HOW since 2002 and they are still relevant in 2021. Mike Best is another because he can go over the top with his character or take a more serious approach, but he does it in a way to make it believable and keep you interested in him.

It doesn’t matter if you are the top dog in your promotion, a twenty time world champion, a fifty time Hall of Famer, the point is eventually your formula is going to grow stale and you will get stuck in a rut. It’s how you respond and react to it that will make you a better writer and earn the respect of your HOW peers because I’ve been in HOW for almost ten years and I’ve seen dozens of “big names” come and go because they either couldn’t figure it out or they wanted to go back to the easy formula.

I’ve learned a long time ago I’m a better match writer than I am a roleplayer, but if I had the choice to relive my entire HOW career again or go back to one of my old promotions like LPW and dominate?

I would stick with HOW because I became a better writer for it.