After a hellacious edition of Rumble at the Rock, culminating in an uber-violent two out of three falls match for the HOW World Championship, HOWrestling.com was able to speak with Michael Lee Best regarding last night’s main event. Live via FaceTime, and posing with the HOW World Championship even as he was treated on-site for wounds sustained during the match, the Son of God gave us a medical update, talked about his match with Conor Fuse, and discussed his future in HOW. 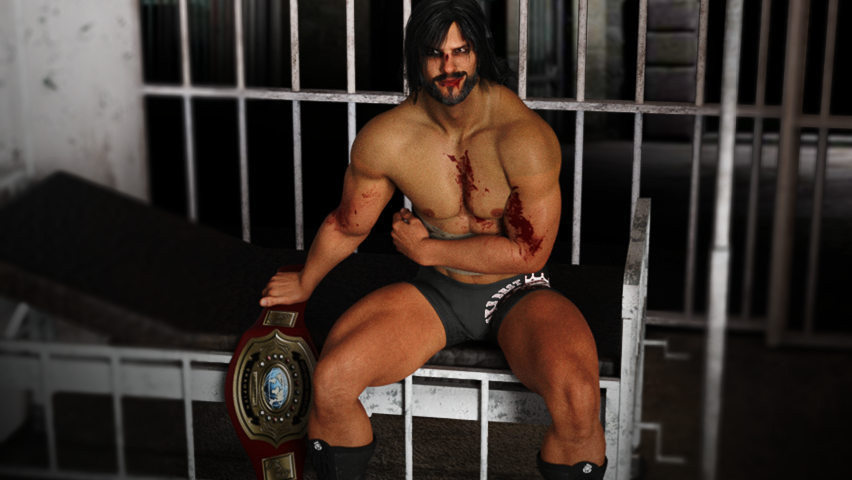 “Honestly, I’m fortunate to be alive.” Best told staff. “I take that rebar a quarter inch to the right and you’re writing an obituary right now.”

No stranger to the brutality of High Octane Pay-Per-Views, Michael Best has survived and overcome stabbings, crucifixion, a powerbomb through the floor of the Roman Coliseum, and even a literal death match at last year’s event. But according to the new champion, this year “hit different”.

“It’s one thing when it’s a grudge match.” Michael said. “You kind of see red out there and you’re looking to hurt someone. This wasn’t that– I like Conor Fuse, I think he’s a tremendous talent and I’m hoping to hear soon that he came out of the match as injury free as possible. Usually you get time to prepare for a match like this, but we got bagged and tagged and the next thing you know… hey, one of you is going to get crucified… one of you is going to get electrocuted. This was… I mean, this is the scariest night of my life, you know?”

In a move that surprised many both within HOW and from the outside, no stipulation was announced for the main event of Rumble at the Rock ahead of the beginning of the match. Both competitors expected a standard singles match, but were shocked to find out that not only would the match be contested under Two out of Three Falls rules, but that they would not know the location or rules to each fall until that fall began. Another surprise was the referee– retired HOW wrestler Scott Stevens pulled double duty at Rumble at the Rock, serving as the official for both the 97 Minute Iron Man Match for the LSD Title and in a shock move, for the World Title main event.

“I respect the job he did.” the champion told us. “Look, Conor and I were looking for a clean fight. And yeah, the match was brutal and violent and unconventional, but in the end, we got a clean fight with a clean ending, and that’s what we wanted. So I thank Scott Stevens for that, and I thank Conor’s brother Tyler for that. I also have to thank Cecilworth Farthington, for not only maybe saving my life out there, but for recognizing that I needed him to hang back and let that match play out. Conor and I, we both had a question we needed to know the answer to tonight, and we were the only two who could answer it.”

After suffering literal impalement on exposed rebar during the match, HOW Hall of Famer Cecilworth Farthington managed to cauterize the wound and stabilize his friend and tag team partner prior to the beginning of the third fall. Best appears to have escaped the match without serious long term injury, though it will take some time to fully heal from the damage done to his body at the hands of not only Conor Fuse, but the impossible antagonist known as Alcatraz itself.

“I’m not looking at serious time off here.” Michael said, nursing blood soaked bandages around his abdomen. “Obviously you’re not going to see me competing at Refueled this week, but I’ll be there. Machine never stops rolling, as now that I have this belt back around my waist, I have a responsibility to keep it rolling forward. I’m the first ever ten-time HOW World Champion, and the man I won this title from gave literally everything he had out of respect for this championship and desire to hold on to it. Respect to Conor Fuse forever– I said it before and I’ll say it again, he is absolutely the future of this company. Don’t be too in a hurry to become the present, Conor, because I’m not quite ready to let go of the target on my back.”

In confirmation of his statement, the card released today for Refueled does not advertise either the champion or the former champion Conor Fuse scheduled to compete. Best is scheduled to appear at the show, however, where he is expected to make a statement about his next presumed challenger, the winner of the Infirmary Match, Clay Byrd.

As of the time of this writing, no update was available on the status of former champion Conor Fuse, but we wish him a speedy recovery and urge him to contact the team with an update.