Following the news post announcing Cecilworth Farthington as the number one contender for the HOW World Championship at ICONIC, HOWrestling.com has received numerous inquiries from fans, media and HOW employees themselves regarding the changes made to the main event. Staff have repeatedly reached out to the front office for an update on the status of Clay Byrd, but only the following was received in reply:

In compliance with the rules, regulations and traditions of the Anglo-European Transcontinental Grapplers Accords of 1993, The Gentlemen’s Games will commence on the next edition of Refueled, live from The SSE Hydro in Glasgow.

As is customary for the preliminary contest, the first game shall be one of both wit and skill. The participants have chosen a game originating in Eastern China during the Han Dynasty, referred to in the book Wuzazu by the name “Shoushiling”. A simultaneous, zero sum game of skill and chance, it was often used as a fair method of resolving disputes between two persons.The game shall be played on a “best two out of three” basis, and in the event of a draw, the game will immediately be replayed until a winner has been crowned.

Each of the three hand signs beat one of the other two: Rock beats scissors, scissors beats paper, and paper beats rock. In respect to Amendment 17A of the Anglo-European Transcontinental Grapplers Accords of 1993, no substitute hand signals will be accepted, and any references to lizards, reptiles, or Leonard Nemoy will result in immediate disqualification.

In effort to promote the Gentlemen’s Games and ensure a proper build to ICONIC, each participant will submit exactly one promo to HOWrestling.com consistenting of no more than 100 words. As mentioned previously, each game will provide an escalating prize to the winner, the final of which will have a significant impact on the ICONIC main event. However, as is customary for the preliminary contest and official opening of the Gentlemen’s Games, the winning party will win the TROPHY OF ETERNAL DEMORALIZATION.

Good luck, and may the best friend win! 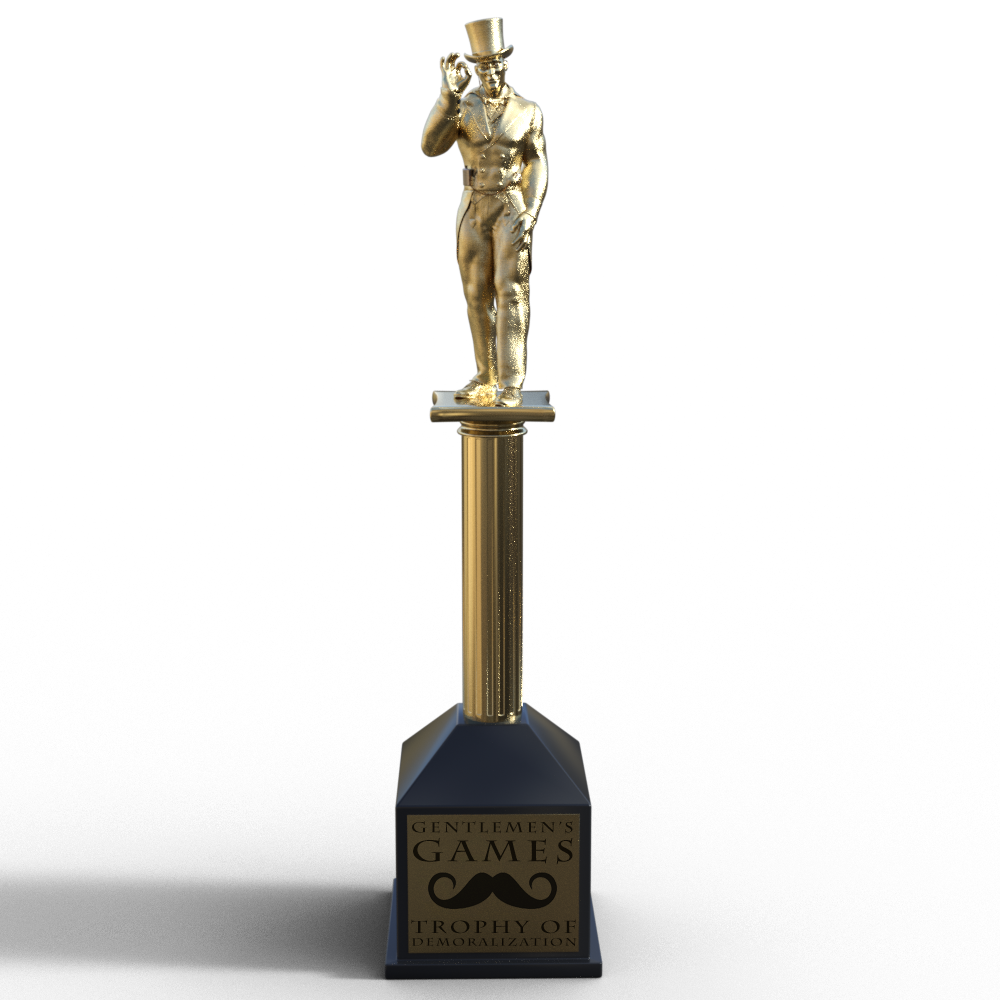