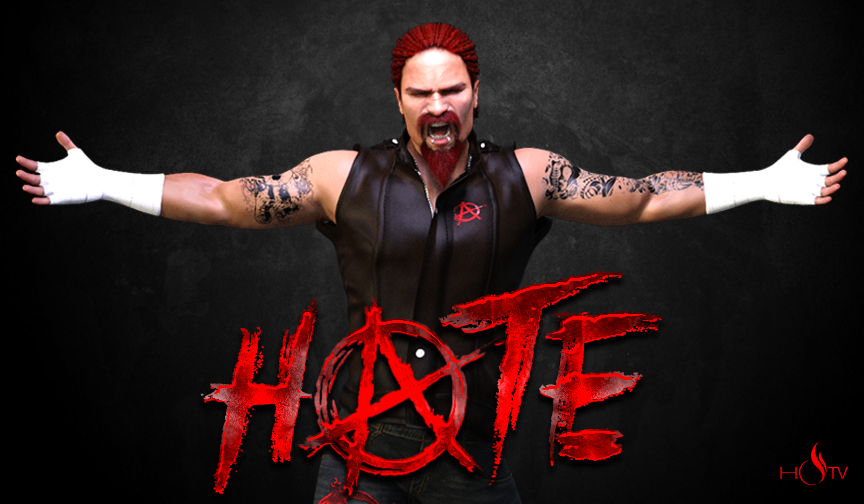 After the events of Refueled XLII, we got exclusive insight into then flight that brought both the HOW LSD Champion, Hughie Freeman and HOW COO and Hall of Famer, Scottywood back to Alcatraz for their solitary confinement imprisonment before their LSD Title match at Rumble at the Rock 10.

Scotty tries to fight his way out of his shackles, but any effort is futile.  The chains are not going to give way.

Scottywood: And what the fuck are you smiling at Hughie?  I am going to fucking destroy you when those cell doors open and take back MY LSD Title.   Then I’m gonna fire your ass from HOW and leave you to fucking rot on that fucking island.  You really think you were ever going to win your freedom?  Fucking sheep.  Chasing a carrot that was never really there.  I’ve had this all planned out from the start… this might be a slight detour… but it won’t change the outcome Hughie.  We still have our match… and you and I both know that the only outcome of this can be me becoming the six time LSD Champion.  That fucking cunt MJ Flair may have delayed things… but it is destiny that I win that title one more time.  That title has been fused with my DNA ever since I beat Kostoff for it back in 2008.

Hughie with still the gag in his mouth from Mayhem just raises his hand cuffs and motions them towards Scotty as he tries to laugh through the gag.

Scottywood: Sure Hughie, two week alone with my thoughts… two weeks for my HATE for you to brew into a beautiful IPA that will allow me to tap into a part of psyche that I thought was long since dead.  You know my history… you know what will be brewing in my head… you know just what I will do to reclaim MY fucking title… on MY fucking island.  I’m one and one there in LSD Title matches… and I will not leave there with a losing record.  Shane Reynolds will be a blemish I will forever have to live with… but Hughie Freeman… will not be a name I add to that list…

Suddenly we see that Hughie breaks free from his chains as he lunges towards the restrained Scottywood.  His hands still handcuffed behind his back, Hughie leans in and bites a chunk out of the left ear of Scottywood before the H.A.T.E. guards lunge in with tasers and zap the LSD Champion.

Scottywood: You fucking piece of pikey shit!  I’m gonna fucking murder you on that island!  Fucking believe me!  You think what you did to Lucian was bad… just fucking wait!  Wait until I make the words war crimes look like a fucking treat to you!  Lee might have eighty-sixed the crucifixion match… but that cross will still be on the island… and I can… I will still nail your shitty fucking ass to it before I leave you to be found as a rotted corpse next year at Rumble at the Rock 11.

Blood runs down the left side of Scotty’s head as The Hardcore Artist stares back at the LSD Champion who lays motionless on the floor of the airplane while the H.A.T.E. guards reset the restraints for Hughie.  Only 2 hours left… and then there will be nothing… silence.. solitary for two weeks until those doors open and the bell rings for the Rumble at the Rock 10.