Breaking news from the HOWrestling.com team, as we have just received word of a massive assault of a member of the High Octane production team.

The staff member, a low level contributor to the website’s video team, was allegedly attacked by HOW World Champion Michael Best on the ground floor of the HOW corporate offices. The staff member was said to have been speaking ill of the Hall of Famer’s new book, “I KNEED JESUS”, a subject that is particularly sensitive due to poor critical reviews.

“Like I won’t find out.” Best screamed at the production assistant, as he was pulled away by security. “When people talk shit in HOW, I fucking find out about it.”

Tensions have continued to mount since War Games, with the War Games winner seemingly becoming more and more unhinged each week. Massive changes in attitude, and now appearance, are said to be overshadowing his title reign and the rumor mill is flying regarding his escalating drug use. A controversial sit down interviewer earlier in the week only increased speculation about this spiral, as the champion seemingly continued to unravel as it went on  The champion is scheduled to appear at Refueled this week, as well as his opponent for No Remorse… the Minister.

No word yet as to any legal repercussions for the assault, but historically speaking, little is done to punish Mike Best for his transgressions. In fact, a new t-shirt has been released by the HOAX in response to the incident. For those viewers who may be considered sensitive, you may wish to avoid the image below— his hair is explicitly terrible.

More news when we have it. 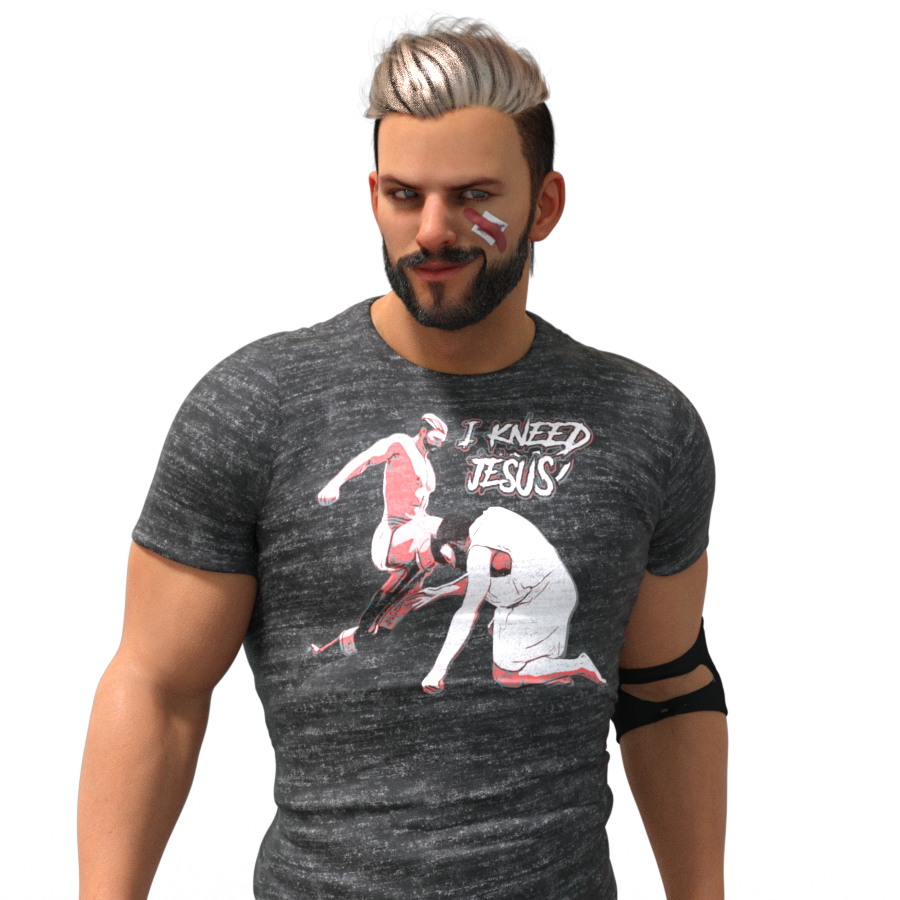