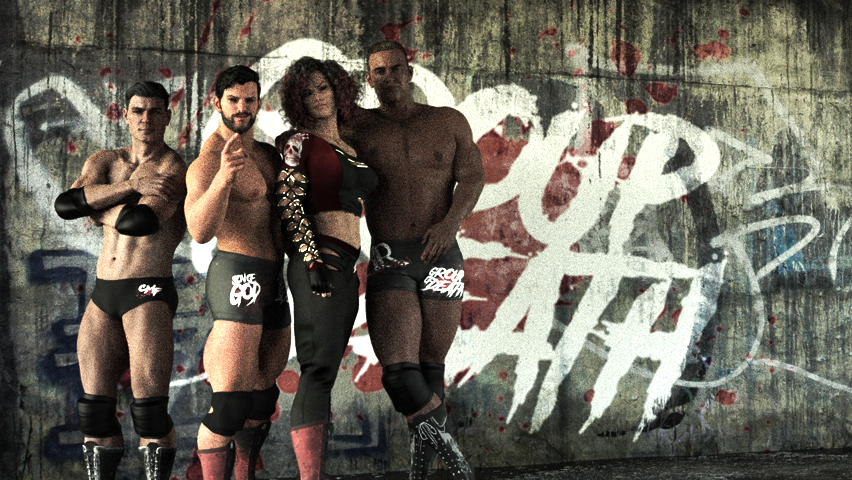 HOWrestling.com has received yet another statement from World Champion, War Games Winner, and non-sixth-place-finisher Michael Lee Best, the second statement received this week. While the Son of God generally doesn’t provide a lot of news updates to the team, he has been uncharacteristically outspoken this week toward first 24K member Perfection, and now second generation grappler MJ Flair.

Responding to statements from Ms. Flair in which she took credit for a successful pin over the now World Champion, Michael told HOWrestling.com the following:

“I mean, technically she’s correct.” Best commented. “She would have pinned me, if I didn’t escape her pin. That’s how pins work, so great job on that deduction, Nancy Drew. ”

“MJ Flair is a lot of things.” Michael told us. “She’s scrappy. She’s tenacious. She’s also an excuse maker. Look, I get it. It’s humiliating to be just… repeatedly murdered by a guy like me. Verbal murder. War Games murder. Elbow murder. Especially elbow murder. To just be beaten so badly that you get sleepy and have to take a nap… oof. Sometimes, you gotta make up some bullshit to save face. That’s what the participation trophy generation does.”

The Hall of Famer paused.

“It’s also what bad guys do.” he smirked. Or we assume he did. It was a phone interview. “So when all of you dickheads cheer your balls off for the queen of the awkward massage this weekend, remember that you’re fucking hypocrites. Because MJ Flair talks the same kind of shit I do, she’s just bad at it.”

The World Champion went on to mention that although he had nine other takes of this interview, he was running short on time. The Son of God was reportedly late for an independent booking where he won a twelve man handicap match without breaking so much as a mild sweat.

The HOWrestling.com team assumes he was being facetious.