Champion Complains About Lack of Things to Complain About 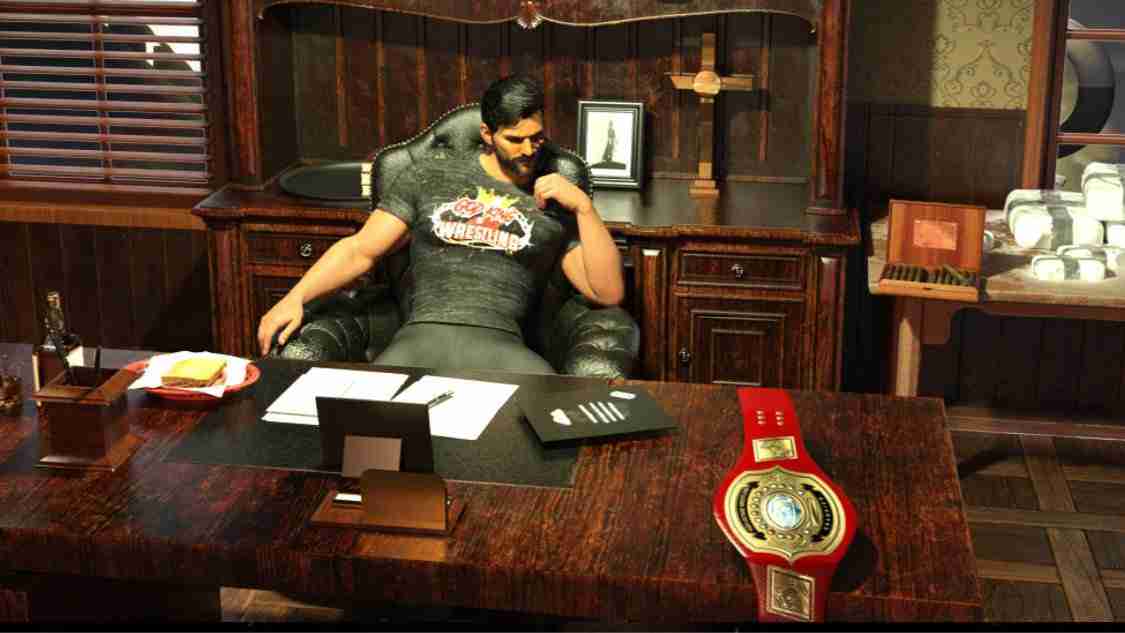 Yet another statement to the HOWrestling.com team coming in from the HOW World Champion, War Games Winner, and anti-sandbag aficionado Michael Lee Best this morning.

While Festivus is long behind us, the self-appointed Son of God has declared the month of July to be BESTIVUS, in honor of the (presumably) now deceased African lion that accompanied him to the ring for a length of his HOW career.

”BESTIVUS was the best of us.” the champion told us, via Zoom meeting from a suspicious looking office. “I fuckin’ miss that guy. So in his honor, I will be airing my grievances for the entire month of July.”

The BESTIVUS grievances got an early start this week, as Michael Best addressed both MJ Flair and Perfection in the days leading up to the creation of the month long holiday. This morning’s address came in the form of the lack of promotional material for him to speak poorly of.

”Well, it’s Thursday.” The Son of God grumbled, seared in front of a large pile of what we assume was not baking soda. “Isn’t it fucking weird how we hear from so many members of the roster on Thursdays? Fucking marketing puts a Thursday deadline on all promotional material for upcoming shows, and wouldn’t you know it, all these lazy pieces of shit seem to ONLY have time to get their shit in on a Thursday.”

The clearly bored and allegedly narcotically enhanced bastard son of HOW seemed eager to insult some of his colleagues based on their work this week, but voiced his frustration that he could not.

”See you cocksuckers at 11:59.” Michael bemoaned. “I guess MJ Flair is too busy wrestling meaningless matches on the indies and Bobby Dean is too busy doing whatever the fuck he does from Sunday to Wednesday. Would have usually been a fat joke, but that dumb fuck coma’d away the only unique thing about him. I assume Hughie just slips a guard a $20 and they snail mail his shit in, because it’s always just under the wire.”

Asked about the absence of Zeb Martin and Jesse Kendrix so far this week, the champ told us the following:

”Who?” he asked, following a loud, conspicuous snort of an unknown substance. “Are those MVW guys? OH! You mean the guy from the Bruvs who takes the pins, and that eggy fella with the stupid hat. I didn’t realize their match was televised. At this rate, maybe it won’t be.”

The Hall of Famer began to offer props to those who consistently do not wait until the last minute to get their marketing material in, but was abruptly cut off by a phone call regarding flooding at the Allstate Arena.

”Sorry, gotta go.” Stevens says. Erm, wait. “Apparently the shit is ankle deep backstage. Fortunately, there’s so many fucking sandbags around HOW that I should be able to stop it up without disruption to the show.”

The call was quickly cut off, but we assume that there is no actual flooding on site and that once again the World Champion is being facetious. Best of luck to all at Refueled XXXI!