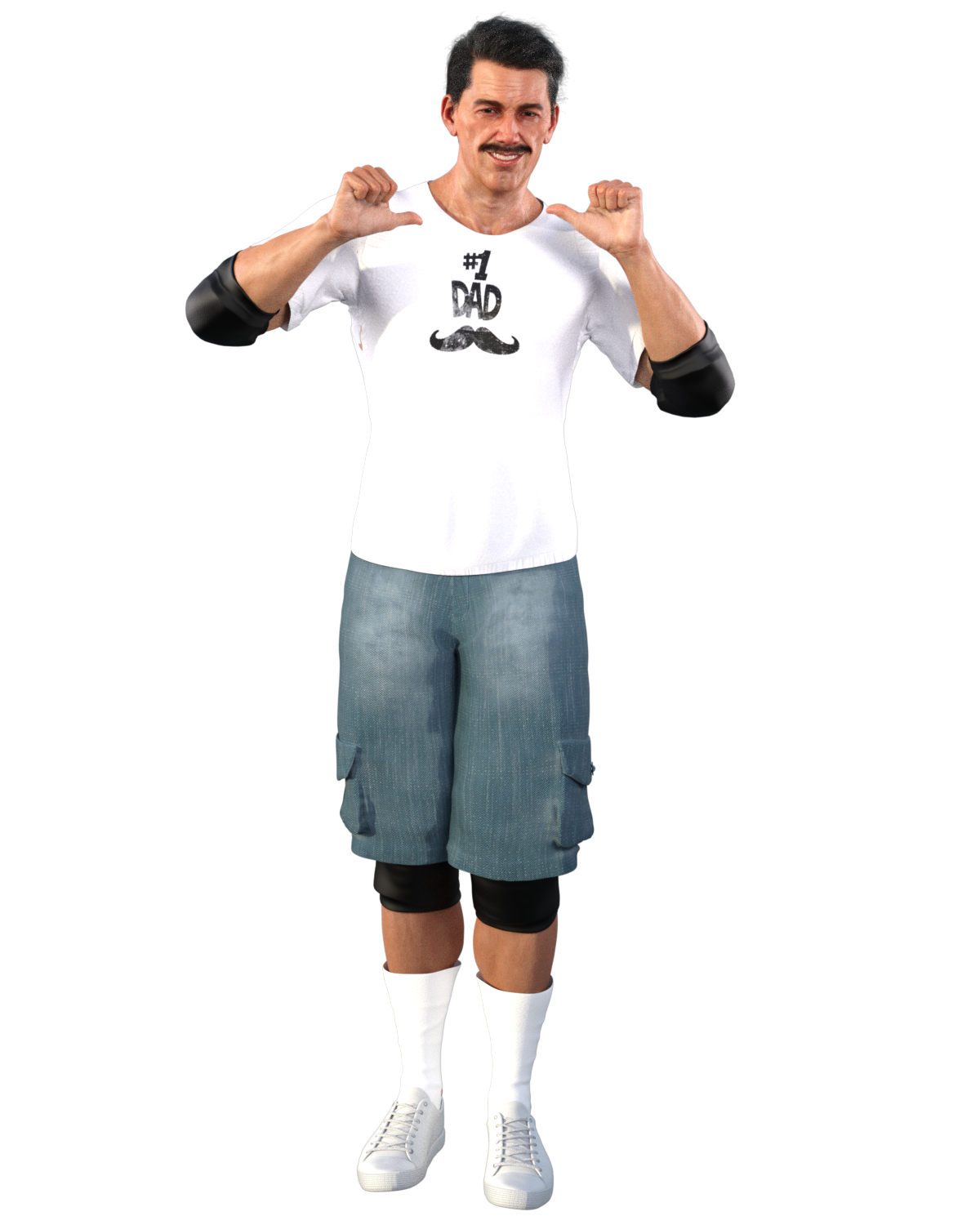 Theme Music "Cats in the Cradle" by Harry Chapin

Finishing Move By Gosh! By Golly! The Clothesline from Heck!

"Cats in the Cradle" by Harry Chapin begins to play through the sound system as the words "#1 Dad" display on the HOV. The words dissolve and a montage of Steven Solex is shown playing on the HOV as Steven Solex steps out from behind the curtain and onto the entrance ramp. The crowd boos unceremoniously as Solex begins to make his way down the ramp and toward the ring. With his right hand, Steven holds a number one high up in the air, with the biggest, cheesiest of smiles on his face. Solex rolls under the bottom rope and into the ring as the crowd continues to boo. Solex goes camera side and again hoists a number one high in the air, but this time shouts out "#1 Dad!." Solex goes to the corner, and double knots his all white new balance shoes as he awaits his opponent.

By Gosh! By Golly! The Clothesline from Heck!

Two running shoulder blocks that ground the opponent both times, followed up with a devastating clothesline.

The Finger Poke of Dad

Solex points at his opponents chest as if there is something there, when the opponent looks down Solex slides his finger up to his opponents face and pokes them in the eye.

Fishing with the Boy

Eye of the Tiger

A Wonderful Day in the Neighborhood

A Stick in the Spokes